Christian calls out his fellow evangelicals: We embarrass ourselves by being ‘gullible targets’ for fake news 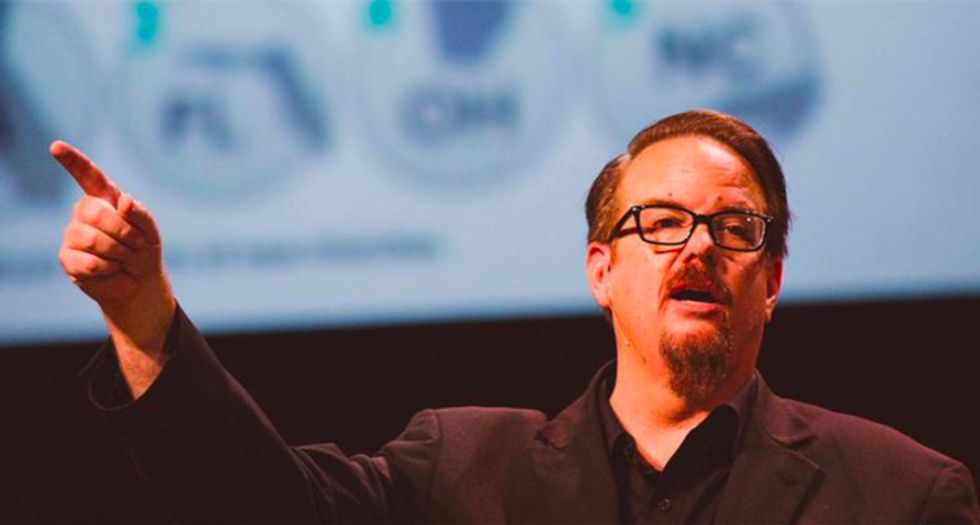 Writing at Christianity Today, an executive at the Billy Graham Center rebuked Christians for claiming "fake news" at anything that doesn't fit their world view when it comes to politics.

According to Ed Stetzer, who holds the Billy Graham Distinguished Chair at Wheaton College, Christians are reflexively dismissing distressing news and have become "gullible targets" for Russian disinformation.

"In a sad twist of irony, even as we have claimed to be the true ‘discerning ones’ of honest media, some Christians have been quick to fall for genuine fake news. I see, over and over, the Twitter feeds of some Christians crying 'fake news!' at every story they don’t like," Stetzer wrote. "And it appears that some — Russians no less — who spread fake news have caught on to the willingness of some of those Christians."

According to the theologian, news that former National Security Advisor Michael Flynn publicly plead guilty to felony charges filed by special counselRobert Mueller was greeted by cries that it wasn't true, with Stetzer pointing out, "Mike Flynn just told you this is not fake news."

"When Christians resort to dismissal of unpleasant truth as 'fake news,' we are essentially saying that truth doesn’t matter. We are saying that we prefer the comfort of the lie to a hard truth," he wrote, before adding, "On so many issues, it is time for some Christians to take their fingers out of their ears and stop yelling, 'It’s all fake news. It's not."

Then the theological lecture began.

"Some seem to believe that the propagation of false information and the discrediting of all other explanations as 'fake news' are essential to the survival of our faith or the support of our side. We need to realize that our faith calls us to no party, media outlet, or political leader, but rather to a God of truth," he explained.

"When we pursue something other than truth—the tall-tales and pernicious falsehoods put forth in these ads, for example—we are rejecting facts in exchange for something fake," he continued. "Since we serve a God who is both the author and embodiment of truth, the absence of truth from our hearts and minds ultimately leads us away from God’s presence and gives a platform to manipulators and liars. How can others trust us on the truth of Christ’s redemptive work and the authority of Scripture when we peddle falsehoods?"

"Our words carry weight in our circles of influence for either the advancement or mockery of the gospel of Jesus Christ. Jesus recognized this when he warned us to be as shrewd as snakes even as we are harmless as doves (Matt. 10:6). As representatives of Jesus, when we are duped and deceived needlessly, we make it easy for others to ridicule the one who sent us," he wrote before concluding, "As his ambassadors, we have a responsibility to know that the information we rebroadcast is true so as not to damage the effectiveness of our Christian witness."

You can read the whole essay here.