Devin Nunes is leading a small group of House intel Republicans to build a case against the FBI and DOJ: report 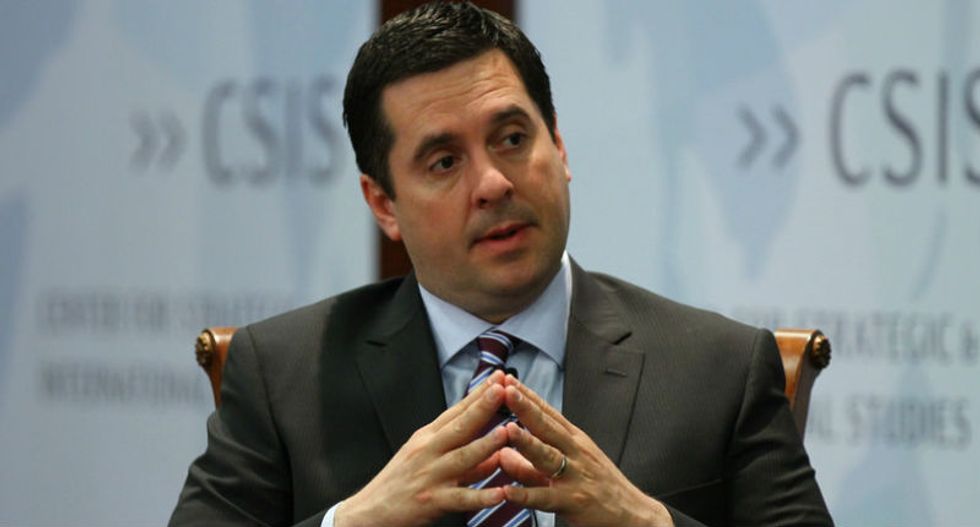 In recent weeks, a small group of House Intelligence Committee Republicans have been meeting behind closed doors, secretly building a case against senior officials at the Justice Department and the FBI, Politico reports.

The group, headed by committee chairman Rep. Devin Nunes (R-CA), is hoping to prove that senior leaders at the nation’s top agencies mishandled the infamous dossier alleging ties between Donald Trump’s campaign and the Russian government. The group is functioning in tandem with the committee’s official investigation, but the GOP leaders have not yet informed Democrats of their efforts.

According to Politico, Republicans are hoping to present a report next year that details what they see as corruption in the upper echelons of the U.S government. The GOP has long questioned the validity of the Trump dossier, and have repeatedly expressed frustration with the Justice Department’s reported use of those memos throughout the FBI’s investigation.

This isn’t the first time Nunes took his own creative liberty with the direction of the House intelligence committee’s probe. In April, Nunes—a former member of Trump’s transition team—temporarily stepped aside from leading that investigation. The House Ethics Committee had opened an investigation into the California Republican after he hastily arranged a press conference to accuse the Obama administration of improperly “unmasking” members of the Trump transition team. Despite his temporary recusal, Nunes continued to “unilaterally” issue subpoenas in the committee’s investigation.

"I hate to use the word corrupt, but they’ve become at least so dirty that who’s watching the watchmen?” Tunes asked on Fox News. “Who’s investigating these people?"

Nunes’ shadow investigation is in lock-step with the Trump orbit’s efforts to malign the FBI and special counsel investigation. Wednesday, Trump’s eldest son, Donald Trump Jr., told a crowd of young conservative activists there are “people at the highest levels of government that don’t want to let America be America.”

“That is an appeal to the heart of autocracy and challenging the patriotism for the folks who work in the United States government,” Hayden told CNN’s Don Lemon. “We have good institutions in this country, they are imperfect, they make mistakes. We have imperfect people that send messages they shouldn’t send. But that doesn’t undercut the legitimacy of these institutions. We’re now seeing a constant attack, not just from the president but, as was suggested just a few minutes ago, from other members of the party, attacking institutions of the American government. It’s those institutions, the rule of law, the processes that keep us a free people.”

Hayden later assured Lemon despite the barrage of attacks from the Trump administration and people loyal to the president, America’s institutions are “actually” holding up pretty well.

“That sound you hear from Washington is actually the sound of American institutions pushing back—whether the law enforcement, the courts, the press, American intelligence, Don we’ve even had moments we have the NFL and boy scouts of America pushing back,” Hayden said.