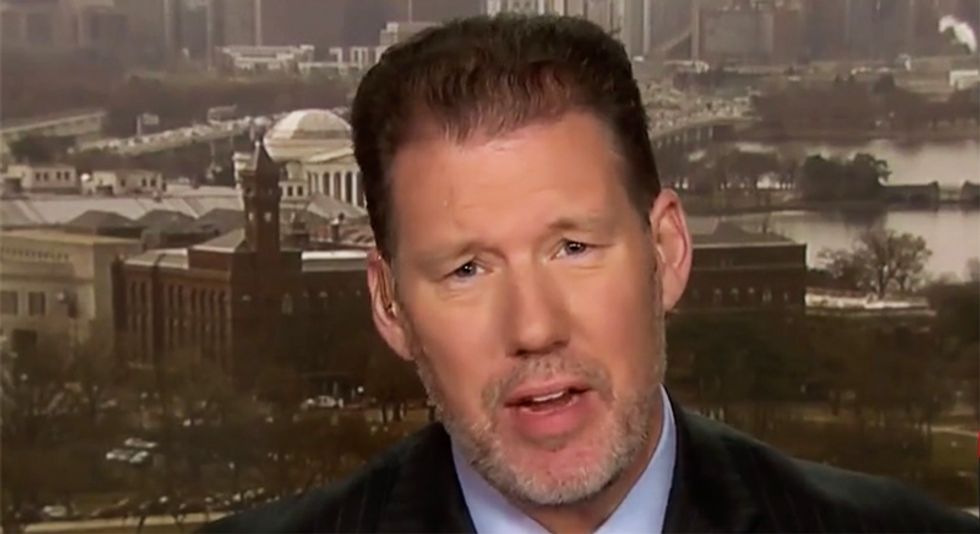 A former aide to ultra-conservative ex-Senator Jesse Helms said that he is appalled at what the GOP has turned into under President Donald Trump, and claimed, as a campaign consultant, there is no way he would attempt to convince minority voters to vote Republican.

Appearing with CNN's Poppy Harlow, analyst Doug Heye described his conservative bona fides -- having served under North Carolina's Helms who opposed creating a national holiday honoring Martin Luther King  -- before getting down to comments made by President Trump and embattled Alabama US Senate candidate Roy Moore.

Noting that Trump had tweeted his full-throated support for accused child molester Moore as they went on the air, host Poppy Harlow asked the GOP consultant what he made of it.

"If anyone was wondering how the president felt about Roy Moore, wonder no more," Harlow wryly stated.

"As a Republican, let me give you my background," Heye began. "My first job in politics was for Jesse Helms and a lot of people know his history and his record with race. I went to work with Michael Steele, who became the first African-American RNC chairman, and I worked for Eric Cantor, the  highest elected Jewish Republican in electoral history in this country, so I think about race and the Republican Party a lot."

Taking a breath, he added, "I think about what we've done wrong, about what we try and do and how we can do right. And what troubles me right now, after two years of Donald Trump castigating immigrants, going after minority families and now these latest comments about Roy Moore saying the last time America was great again was in slavery because families were somehow intact when we know slave families were ripped apart time and time again, it makes it real hard for me to identify what we're doing right, regardless of policy."

"It makes it impossible for me to look any African-American friend, any Hispanic-American friend or minority in the eye and say 'You know what? Now is a good time to vote Republican," he confessed before taking a shot at Trump and his supporters by saying, "There are a whole lot more important things in life than wearing a red hat and saying MAGA."