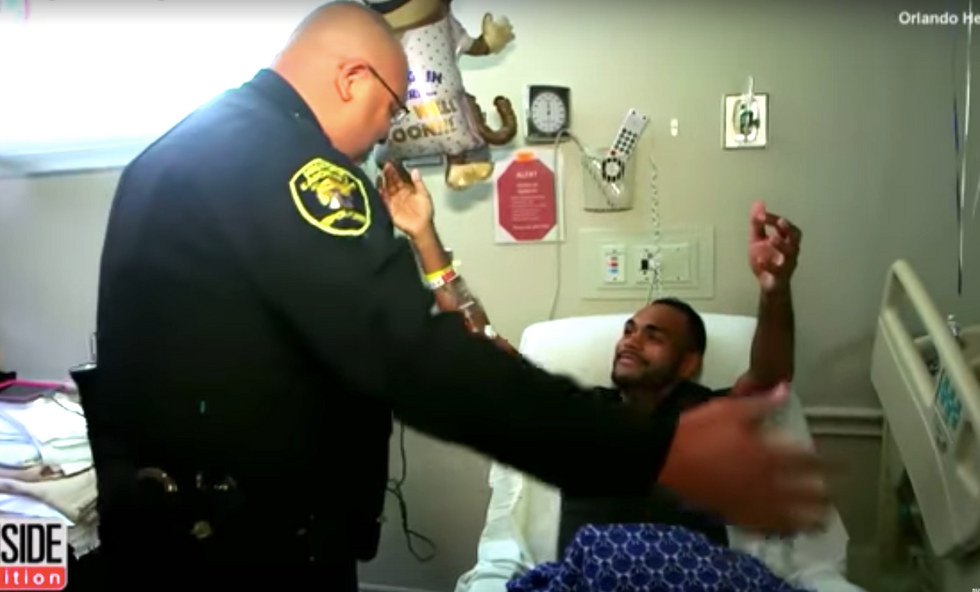 One of the first police officers to arrive on the scene at the Pulse nightclub massacre in Orlando, FL is losing his job thanks to the after-effects of the mass shooting, said USA Today.

The Eatonville Police Department (EPD) is terminating Corporal Omar Delgado, 45, just months shy of him becoming eligible for his pension thanks to his ongoing struggle with post-traumatic stress disorder (PTSD).

In six months, Delgado would reach his 10-year anniversary with the force and become vested in his pension. However, the EPD says it needs to hire a new officer right away for patrol duty, which Delgado can no longer perform after the night he spent in June of 2016 checking bodies in the dark club for signs of life and helping injured people to safety.

"The department is terminating Delgado from the force at the end of the month, Eatonville council members confirmed at a meeting late Tuesday," wrote Christal Hayes. "His last day on his $38,500-a-year job is scheduled for Dec. 31."

She continued, "An extra six months on the job would have allowed Delgado to receive 64% of his salary with benefits for life, the Orlando Sentinel reported. Since he will leave the force before making it to 10 years, he will receive 42% of his earnings, the paper noted."

Gunman Omar Mateen killed 49 people and injured dozens of others on the night of June 12, 2016. Officer Delgado says that a year and a half later, he is tormented by the same nightmare each night.

In it, he and fellow officers are struggling to help injured people escape from the club when Mateen begins to shoot again. Delgado and the officers around him dive for the ground, unable to tell where the shots are coming from or at whom they're being fired. He wakes up screaming, he said, in a cold sweat.

“I never thought I would have gotten to this point. I thought I’d shake it off and everything would be fine,” he told USA Today. “But that hasn’t happened. Nothing has been right since that day.”

Delgado says he doesn't understand the department's decision to terminate him without his full benefits.

"Just let me get vested and I will be more than happy to pack up my troubles and leave,” he said. “This is the thing I’ve been working toward for 10 years and to be six months shy then be fired, it’s like ‘wow!’”

One of the people Delgado saved on the night of the mass shooting was Angel Colon, who had been shot six times.

“He was my hero. He saved my life and for them to just do what they’re doing to him in front of my face is a slap to my face as well,” said Colon to WFTV, a local ABC affiliate. “He did his job that night on June 12 so they should have his back 100% totally and just be there for whatever he needs.”