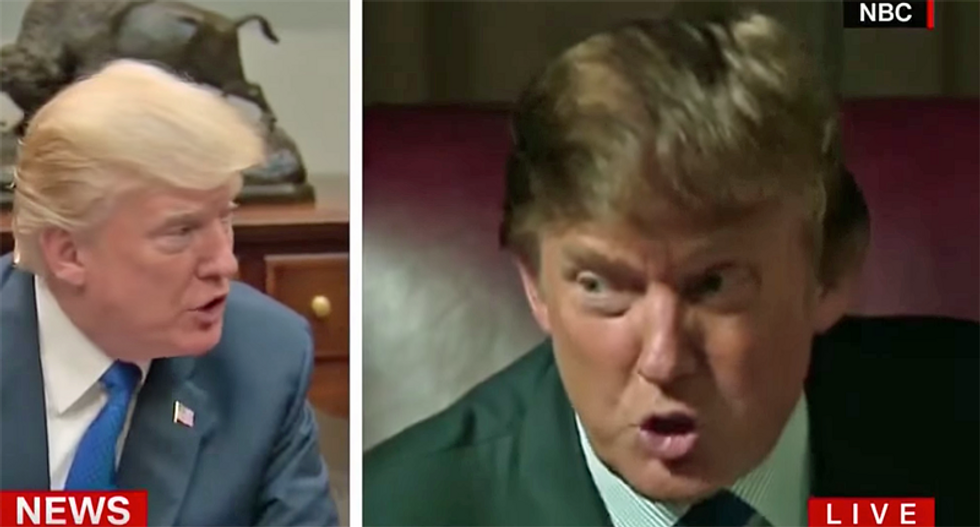 "I've known him for 20 years," Deutsch said. "I was one of the first people to come out and bring up the mental health issue, (and) I got a lot of flak."

"I've spent hours and hours with him -- everything from negotiating leases to at-school functions to hours and hours of interviewing him on my old show," Deutsch continued. "He's not the same guy, you can see it in his eyes and speech pattern, and in, most frighteningly, his behavior."

Deutsch speculated that Trump's mental health was deteriorating as a result of stress related to the ongoing Russia investigation.

"I think there's something else happening here," he said. "I think he's feeling the noose around his neck tightening with (special counsel Robert) Mueller. I think that's driving a lot of this. If you think about his mental state now, layer into it a guy who's getting further and further backed in a corner, that is only going to heighten."

Deutsch said the president knows whether he colluded with Russian intelligence to steal the election, and he's got a fairly clear idea of where the probe is headed.

"He knows what's coming, we don't know what's coming," Deutsch said. "Take a guy who is mentally unstable, put a gun closer -- metaphorically -- closer to his head, and I think that's what you're seeing this week. I think there's a new level, and I think we're going to see it heightened as these two stories are coming together. His mental health and the Russian inquiry are coming together, and it's going to crescendo in more insane behavior."