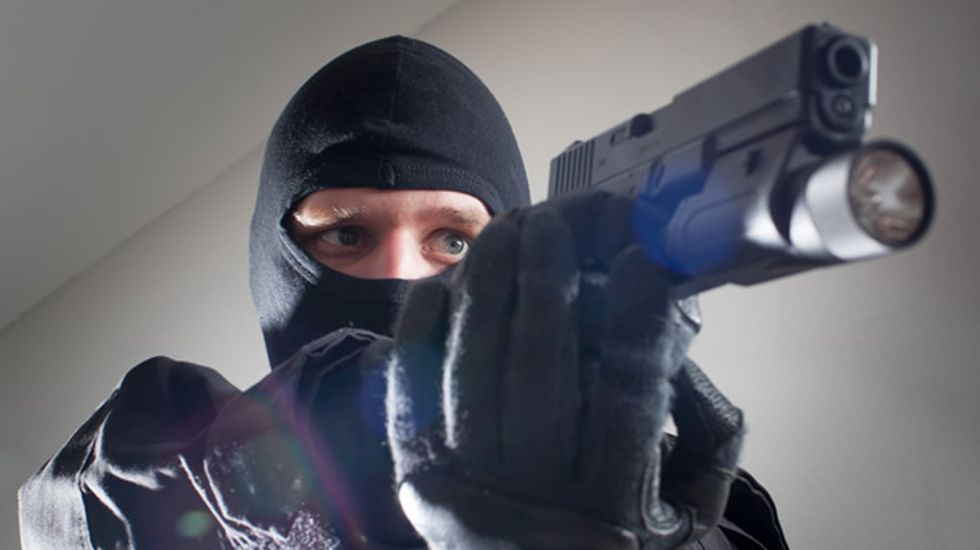 A 28-year-old Kansas man was shot and killed by police responding to a possible homicide and hostage report -- but gamers say the call was a "swatting" prank.

More than a dozen gamers said the prank call was the result of a feud between two "Call of Duty" players Thursday night, but police have not yet confirmed the connection, reported The Wichita Eagle.

“It was a shooting call (at 6:15 p.m.) involving hostages,” said Deputy Chief Troy Livingston, of Wichita police. “The original call, we were told someone had an argument with their mother and dad was accidentally shot, and now that person was holding mother, brother and sister hostage. We learned through that call that a father was deceased, and had been shot in the head. That was the information we were working off of.”

Police arrived at the house prepared for a potentially violent hostage situation, and an officer shot Andrew Finch as he came to the front door.

Livingston did not say whether Finch was carrying a weapon when he came to the door or explain why the seven-year veteran fired the gun.

Police don't believe the slain man fired at officers, but the incident remains under investigation.

Finch was pronounced dead at an area hospital, and the officer who shot him was placed on administrative leave pending an investigation.

No one else had been injured at the house.

Two gamers were arguing online about a $1 or $2 wager when one threatened to call a SWAT team to his house, and the targeted gamer provided a fake address -- where police went to investigate.

“I DIDNT GET ANYONE KILLED BECAUSE I DIDNT DISCHARGE A WEAPON AND BEING A SWAT MEMBER ISNT MY PROFESSION,” a gamer identified as the prankster tweeted, before Twitter shut down his account.

The target of the prank also tweeted about the incident, saying, “Someone tried to swat me and got an innocent man killed.”