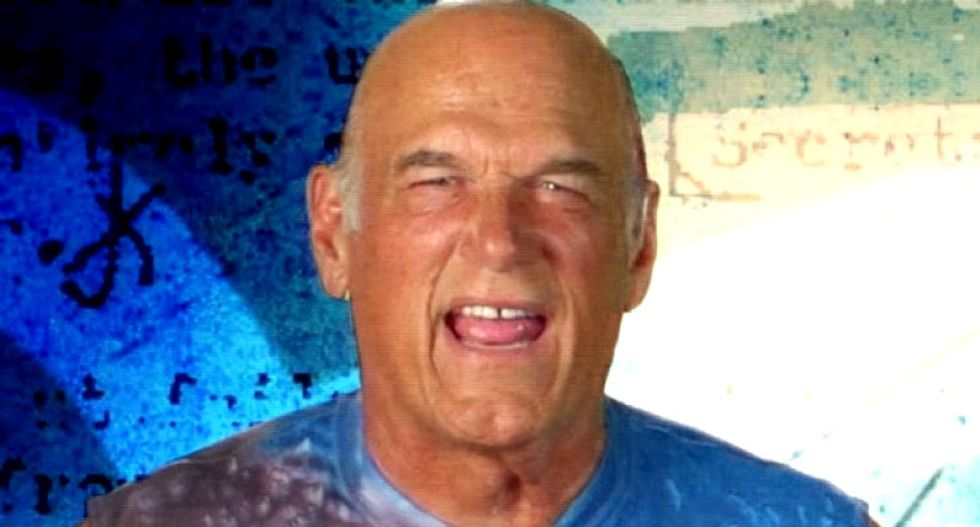 Jesse Ventura on his 'Off the Grid' program (Screenshot)

A Minnesota jury awarded Ventura $1.8 million for defamation in 2014, and he announced a settlement Monday with the estate after the judgment was overturned on appeal, reported the Associated Press.

"I offered the 'American Liar' Chris Kyle the opportunity to show honor and courage, and he didn't have it," Ventura said.

Kyle claimed in his best-selling memoir to have punched out Ventura at a California bar for making derisive comments about the SEALs, but the former governor and professional wrestler insisted the incident never happened.

The 8th Circuit Court of Appeals overturned the judgment last year, and Ventura and Kyle's estate were preparing for a trial when the settlement was reached.

Ventura, a former Navy SEAL himself, declined to say how much the settlement was worth, but he said he had been "vindicated" and could now return to politics.

"I can smile again," he said. "The settlement is confidential, but I can smile."

Ventura currently hosts “The World According to Jesse” for the Russian government-funded RT television network.

Kyle, whose autobiography was the basis for a popular 2014 film, was shot to death at a Texas gun range in 2013 by a fellow military veteran suffering from PTSD and mental illness.

Navy officials confirmed Kyle, who is regarded as the deadliest sniper in U.S. history, greatly embellished his military service record after serving in Iraq.