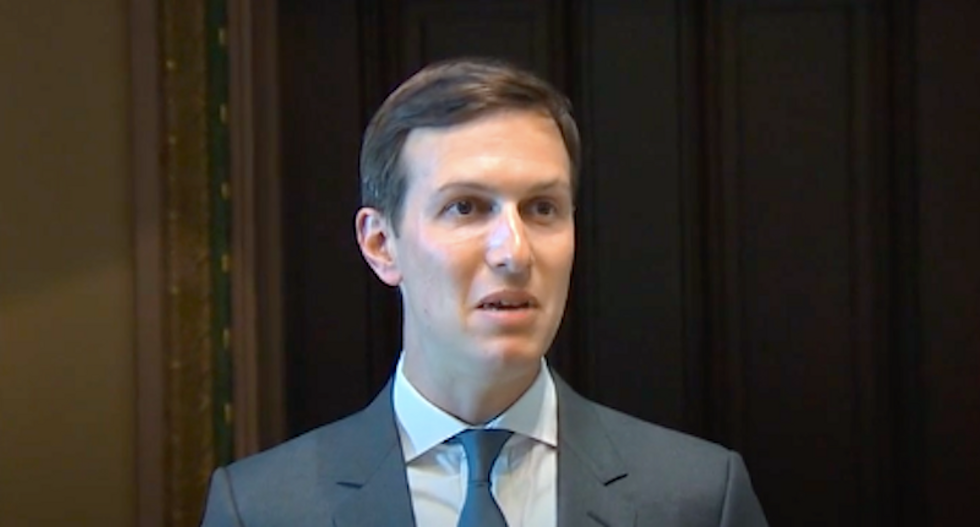 The special counsel has opened a new direction in the probe of Trump campaign ties to Russia, and that's more bad news for Jared Kushner.

Two sources told the website that Mueller's team was examining whether the RNC-Trump campaign data operation, which was managed by Kushner, was related to activities of Russian trolls and bots aimed at influencing American voters.

Investigators have been trying to determine whether the data firm Cambridge Analytica, which is partially owned by Trump megadonor Robert Mercer, served as a link between the campaign's digital operation and Russia.

The company's CEO, Alexander Nix, reached out to WikiLeaks founder Julian Assange in June 2016 seeking access to emails purportedly stolen from Hillary Clinton -- which Donald Trump Jr. hoped to obtain from a Russian attorney during a meeting that same month.

“Just from what’s been made public, it’s pretty clear the Trump campaign and family were willing and eager to work with the Russians,” said Rep. Eric Swalwell (D-CA), a member of the House Intelligence Committee. “They showed almost no restraint in engaging with the Russians to see what they had to offer on their opponent. It was a ‘whatever it takes’ mentality.”

Kushner, whose contacts with a Russian ambassador and Kremlin-linked bankers are being probed, said after the election that he brought in Cambridge Analytica to micro-target

Brad Parcale, who directed the Trump campaign's data operation, was questioned about Cambridge during his interview with the House Intelligence Committee in October.

Democratic lawmakers on the House Oversight and Judiciary committees sent Parscale a letter that month asking whether his firm received "information from a foreign government or foreign actor" during the campaign.

The same written request was made of Nix and the heads of three other firms hired by the RNC -- Deep Root Analytics, TargetPoint Consulting and The Data Trust.

Those three companies complied with document requests by lawmakers, but Nix did not.

Parscale's written response used virtually the same language as all three of the RNC data firms, with one notable exception.

The other letters all included a line denying any contact with a foreign government or foreign actor -- but Parscale's did not.