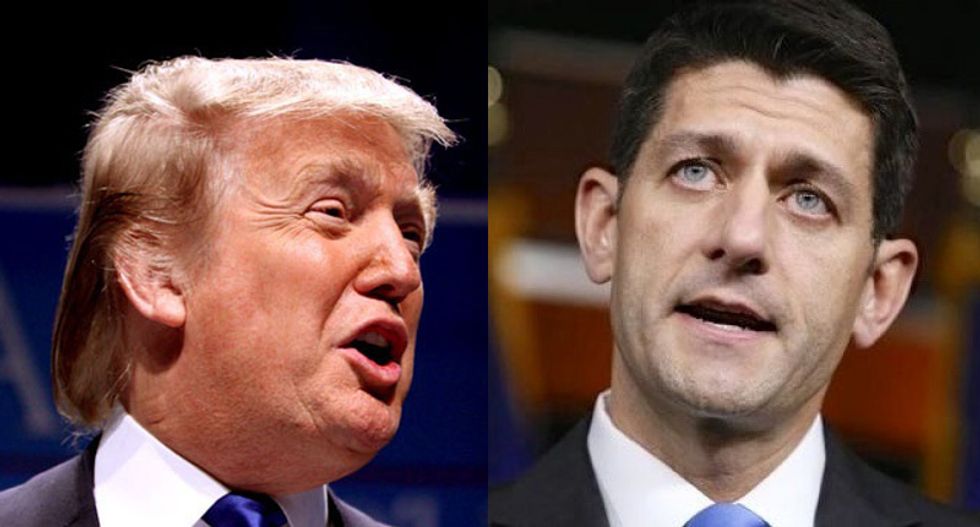 In a scathing editorial, the New York Times tore into President Donald Trump and GOP lawmakers for "feathering their own nests," with a tax plan that will increase their personal fortunes while devastating the middle class.

The piece takes a look at how Trump will profit the moment the bill passes both houses of Congress.

"The biggest winners would be people like Mr. Trump, his family and similarly advantaged developers who make tens or hundreds of millions of dollars every year on swanky office towers and luxurious apartment buildings," the editorial details. "An earlier version of the bill passed by the Senate provided a 23 percent deduction but put limits on its use that would prevent wealthy developers from profiting from it."

Noting that outgoing Sen. Bob Corker (R-TN) recently announced that he would vote for the bill after a provision (dubbed the "Corker kickback") was placed in the plan that would profit him, the Times stated: " This malodorous loophole is further confirmation that congressional leaders are doing everything they can to maximize benefits for the wealthy at the expense of almost everybody else."

"The tax bill’s generosity toward real estate titans stands in stark contrast to its stinginess toward the average wage earner as well as its very real damage to taxpayers in high-cost states. Average wage earners who would get modest tax cuts in the early years would see them evaporate into thin air after 2025," the editorial continues.