Nikki Haley: Women accusers should be heard -- even if Trump is the target 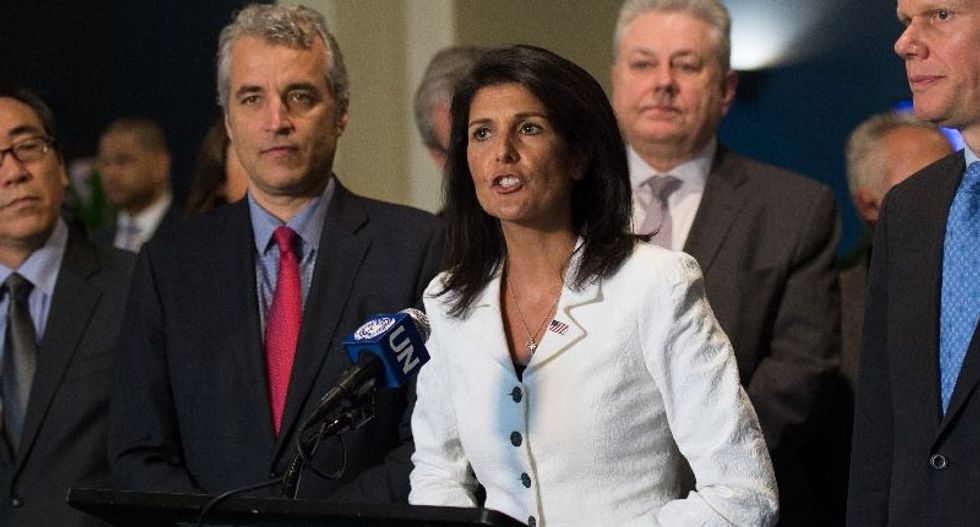 U.N. Ambassador Nikki Haley said on Sunday she believes any woman who has felt violated or mistreated by a man has every right to speak up, even if it is President Donald Trump they are accusing.

Accusations of inappropriate sexual behavior or misconduct have led to the resignations of three members of Congress this month. The growing wave of women reporting abuse or misconduct has brought down powerful men from Hollywood to Washington, from movie producer Harvey Weinstein to popular television personality Matt Lauer.

More than 10 women have accused Donald Trump of sexual misconduct before he was president, and Trump, while filming a segment of the television program "Access Hollywood," said he has kissed and groped women. The tape emerged during the 2016 presidential campaign.

Asked how people should assess the accusers of the president, Haley said, it was "the same thing."

"Women who accuse anyone should be heard. They should be heard and they should be dealt with, and I think we heard them prior to the election," she said. "I think any woman who has felt violated or felt mistreated in any way - they have every right to speak up."

Whether Trump's election settled the matter was "for the people to decide," Haley said.

"I know that he was elected but women should always feel comfortable coming forward and we should all be willing to listen to them."

'They're all begging me': Trump auditions potential 2024 running mates with Mar-A-Lago loyalty tests

Donald Trump is auditioning potential 2024 running mates through both public comments and private meetings, and he's less bound by political rules than the last time he chose Mike Pence to be his vice president.

A dozen Trump advisers and close associates told Politico the twice-impeached one-term president is prioritizing unquestioned personal loyalty and the embrace of his election fraud lies, although he's giving some consideration to balancing the ticket with a woman or candidate of color.