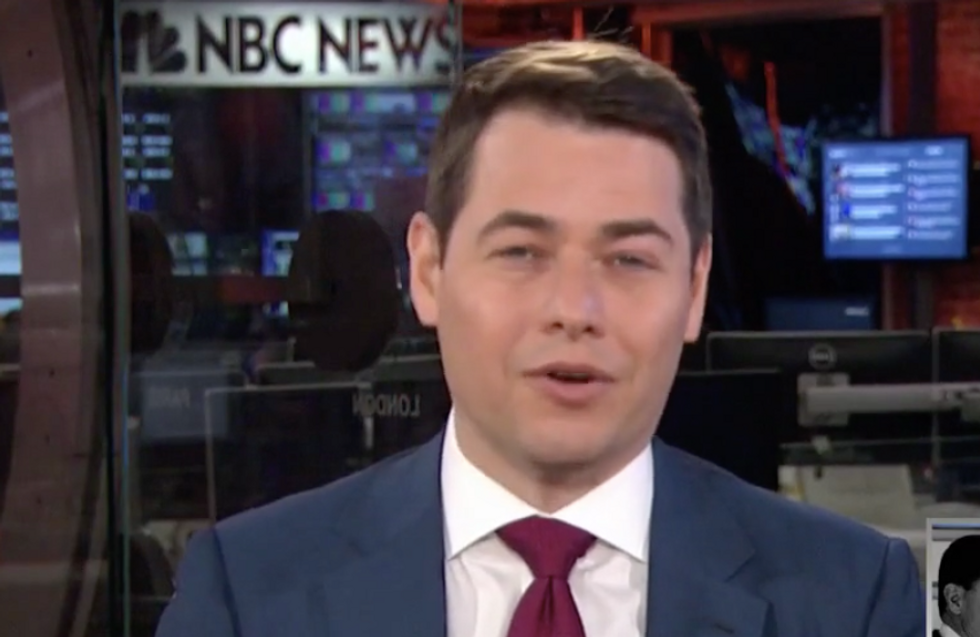 New York Times political correspondent Nick Confessore said on Sunday's edition of "Katie D.C." on MSNBC that the White House will eventually have to admit that President Donald Trump himself tweeted the incriminating message defending Mike Flynn on Saturday and not attorney John Dowd as the White House later claimed.

"First of all, the cover story here smells pretty stinky," Confessore said. "That was a classic Trump tweet down to the exclamation point. Second of all, it's very strange to me that the president's lawyer would draft the tweet that incriminates him fully in obstruction of justice."

As his fellow panelists began to chuckle, Confessore continued, "Of all the people you would pick to draft the tweet or to make that mistake, it would not be the president's own lawyer. That was almost assuredly the president's own tweet. It's probably easy to find out exactly whose phone it was drafted on and tweeted from. Eventually the special counsel can figure it out."

"But look, it was terribly damaging because it basically has the president without quite realizing it essentially admitting he knew something terrible had happened and that he was pushing out in future days pushing out the director of the FBI to stop an investigation of that wrong act," he concluded.

Former CIA chief of staff Jeremy Bash said that he predicts Dowd will have to resign as Trump's counsel because he cannot be an attorney and a witness in Mueller's investigation at the same time.