O'Reilly accuser: Time bomb of info on sex harasser executives in 'highest positions' at Fox News is counting down 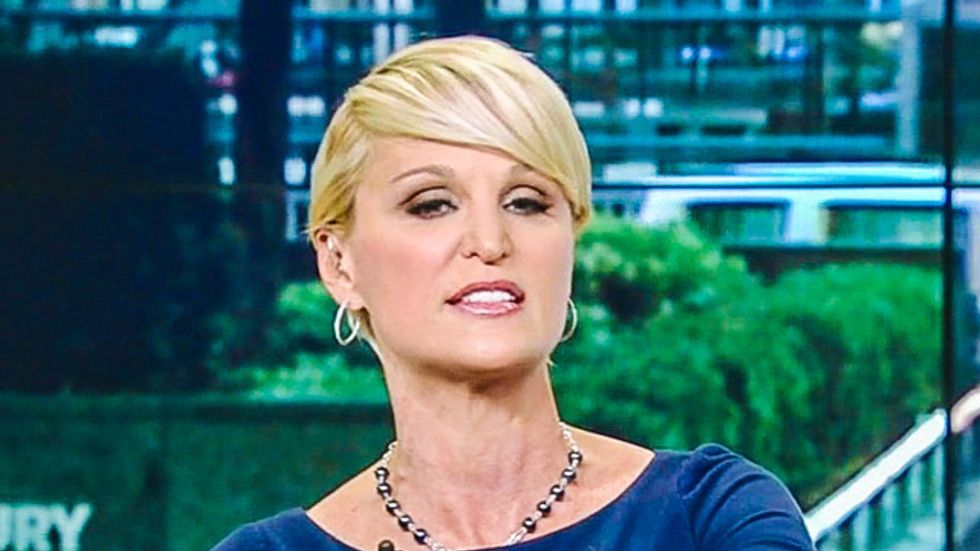 "Tick tock, tick tock," wrote conservative commentator and Bill O'Reilly sexual harassment accuser Juliet Huddy on Saturday. "Executives who not only covered up for sexual harassers/predators (statements by 21st Century Fox co-chairman Rupert Murdoch, who said on Friday that the sexual harassment and abuse scandal at his network is merely "nonsense," and that it's a "political" attack on the network "because we're conservative."

LawAndCrime.com said that in a post that she deleted from Facebook, but then posted on Twitter, Huddy wrote, "Rupert Murdoch is not just a media mogul. He’s a perpetrator, complicit in wrecking careers of hardworking, talented people while protecting their tormentors." 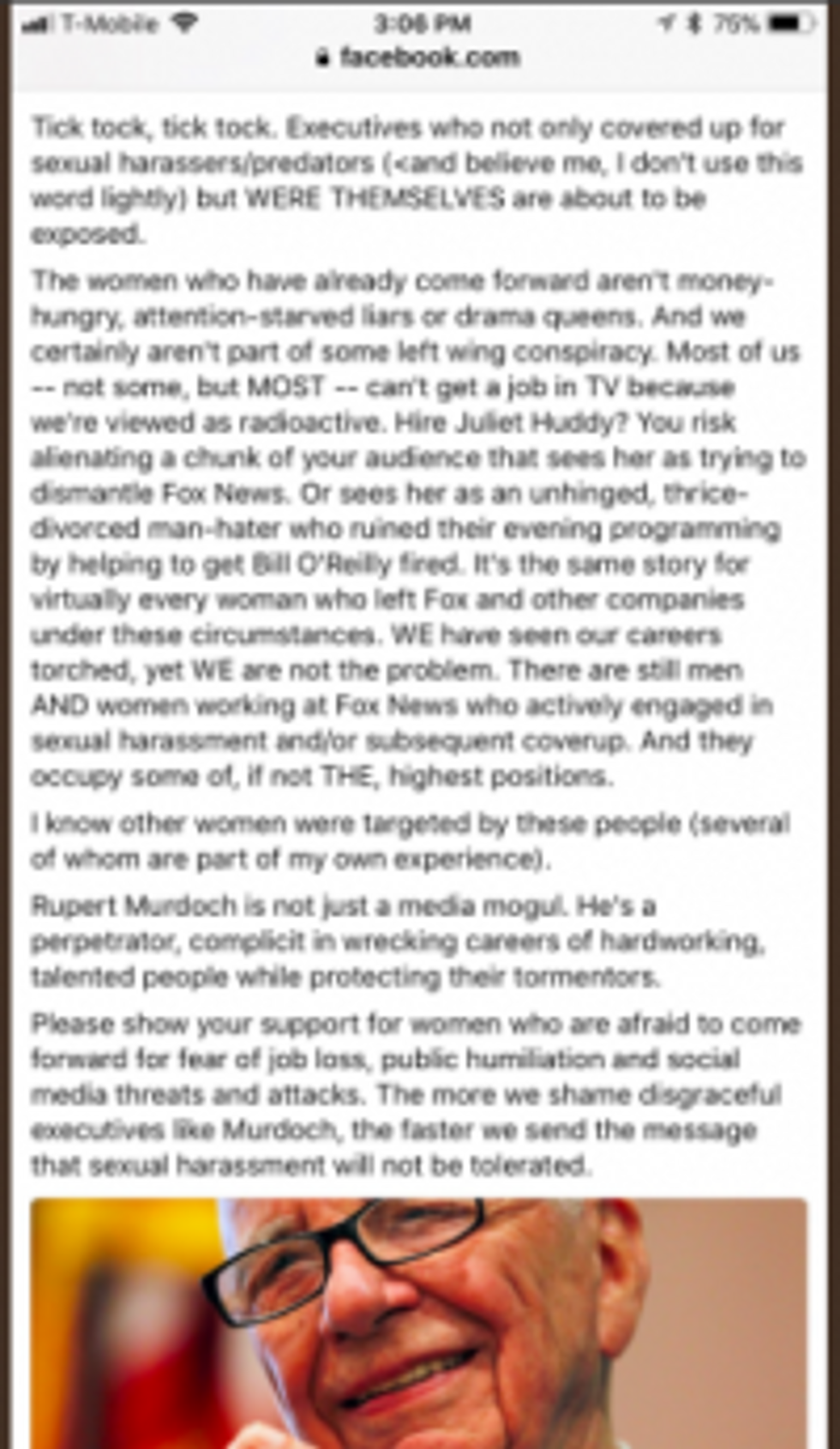 She continued, "The more we shame disgraceful executives like Murdoch, the faster we send the message that sexual harassment will not be tolerated."

In a statement to Law and Crime, Huddy said, "It’s ironic that O’Reilly, Murdoch and others have suggested that I, along with the other accusers, are part of some left wing conspiracy. [One], I’m fiscally conservative and socially liberal so let’s just get that out of the way. [And two], based on everything I have seen and has been reported, the participants in this, The Grand Conspiracy, are the executives at Fox."

She said that Murdoch himself is not accused of harassing women, but that he was instrumental in covering up and burying stories about O'Reilly, former Fox News CEO Roger Ailes and others.

Huddy is one of multiple women to whom Fox News has paid out tens of millions of dollars in settlements related to O'Reilly alone. A parade of other women have come forward with accusations of harassment, sexualized bullying and a "locker room" culture at the network.