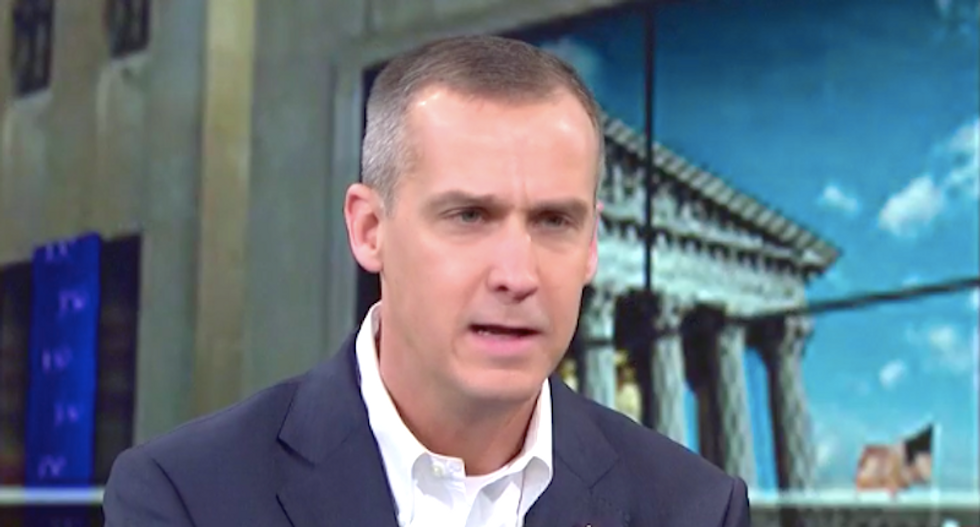 Corey Lewandowski plugged his new book on MSNBC's "Morning Joe," and host Joe Scarborough did his best to provoke the former Trump campaign manager into slamming his former colleagues.

The former campaign official and erstwhile CNN commentator has been promoting his book, "Let Trump Be Trump," on TV shows all week, and Scarborough tried to get him to comment on his now-indicted replacement.

"How do you feel Dec. 6, 2017, seeing Paul Manafort, getting in the trouble that Paul Manafort is getting into," Scarborough said, "and wouldn't you like to say anything to Donald Trump's children who unceremoniously dumped you on your ass earlier in the campaign? Because that was their idea, they were the ones that pressured their father into it and they got somebody who is now probably going back to jail. How do you feel?"

Lewandowski admitted he was upset that he was fired after leading the improbable campaign to primary wins in 38 states, and said he never really got an explanation for the sacking.

Lewandowski said Manafort proved to be a manifestly terrible choice, because his ties to the Kremlin were already under investigation when he joined the campaign.

"Here is what we now know about Paul Manafort, and what we should have known ahead of time," he said. "Public reports say he was under a FISA warrant, and public reports say that after he left the campaign, he was under a FISA warrant. His activity of 10 years preceding his tenure at the campaign put him under indictment under (special counsel Robert) Mueller, and very likely he's facing a number of serious charges, under house arrest. We saw the story that he was trying to collude with some Russian to try to write an op-ed against a paper. Paul is a bad guy -- let's not kid ourselves. Justice will happen. That's how the system works."