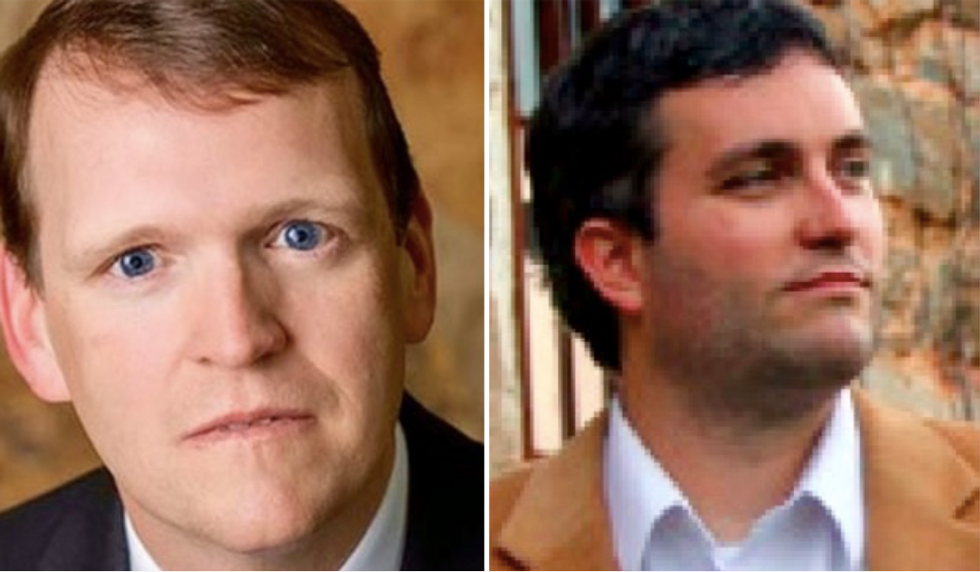 The Republican Party is tired of President Donald Trump's "circus," said Vanity Fair writer Tina Nguyen, and have rejected two of Trump's most controversial nominees for the federal bench.

The nominations of conservative blogger and ghost hunter Brett Talley and virulently anti-LGBTQ Evangelical Christian Jeff Mateer have stalled out as Senate Republicans join Democrats in rejecting the president's choices.

Talley -- who has never tried a case and is listed by the American Bar Association (ABA) as "not qualified" -- came under additional scrutiny when it was revealed that he had failed to disclose the fact that his wife Ann Donaldson is chief of staff to White House counsel Don McGahn. The 35-year-old nominee for the central Alabama district excluded this information from both his Senate questionnaire and failed to mention it during his confirmation hearing.

On Tuesday, Sen. Chuck Grassley (R-IA) -- chairman of the Senate Judiciary Committee -- asked the White House to reconsider Talley's nomination. The following day, the Trump administration announced that the aspiring horror author's nomination would not be moving forward.

Mateer is an anti-LGBTQ zealot who has endorsed so-called "conversion therapy" and believes that transgender kids are "part of Satan's plan" to destroy the world. He, too, received a "not qualified" rating from the ABA.

Speaking for the Judiciary Committee, Sen. Grassley informed the White House that he's not happy with Mateer's nomination and on Wednesday, the Trump administration announced that his nomination has been pulled as well.

"Though both candidates seemed like shoo-ins—Talley had been awaiting a Senate vote, and Mateer was awaiting confirmation from the Senate Judiciary Committee—Grassley told reporters that neither had not disclosed his past comments, and in Talley’s case, did not acknowledge his wife’s connection to the White House," wrote Nguyen.

She continued, "Republicans’ eleventh-hour rejection of Talley and Mateer marks the first time the G.O.P. has taken issue with any of the president’s judicial nominees; in his 11 months in office, Trump has successfully nominated 59 young conservative judges and confirmed 14, effectively ensuring that his influence will be felt long after he leaves office."

The abrupt resistance from Republican legislators who have rubber stamped the president's appointees -- including ex-Gov. Rick Perry as Secretary of the Department Energy and former pediatric neurosurgeon Ben Carson as head of the Department of Housing and Urban Development -- could signal a widening fissure between the congressional GOP and the White House.

Trump's humiliating electoral setbacks in Virginia and Alabama may have de-fanged an administration that Republicans have become increasingly wary of. Add to that Trump's failure to pass any significant legislation in his first year and the ever-looming threat of special counsel Robert Mueller's investigation and the president could soon find himself marooned in Washington with his putative allies suddenly finding that they have other priorities.

"(A)s the president’s political capital dwindles -- Tuesday night’s election marked the second time he backed a losing candidate -- the G.O.P.’s elder statesmen may quietly put their foot down on the most egregious examples of political operatives made in the same mold as their fumbling boss," concluded Nguyen.