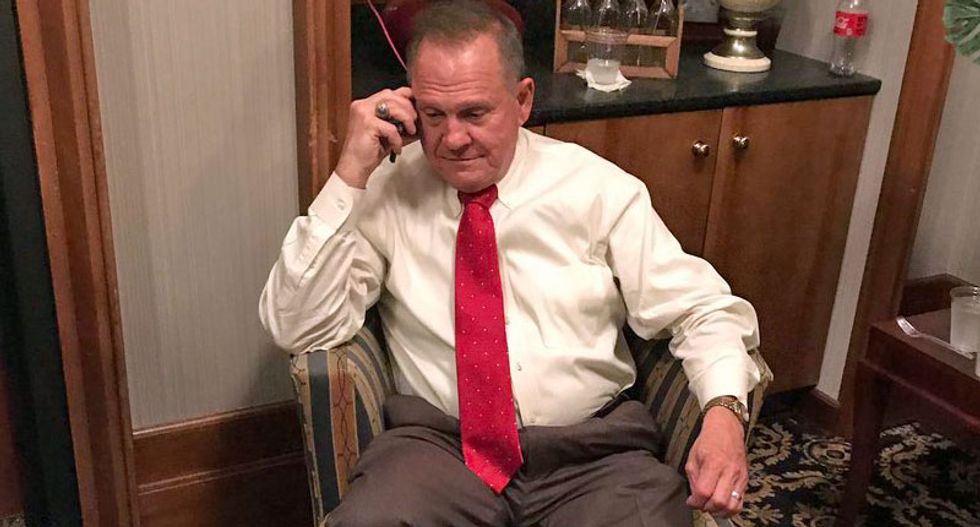 It's not clear whether Roy Moore will be allowed to request a recount in the Alabama Senate race, but he doesn't have enough campaign cash left to pay for one if the state doesn't.

The Republican Moore lost to Democrat Doug Jones on Tuesday by about 20,000 votes, but he has refused to concede until all provisional and military ballots are counted and the race is certified, reported AL.com.

A recount would be automatically triggered if the final total shows a difference of less than 0.5 percent, and the state would pay.

But Alabama's Republican secretary of state, John Merrill, said he doesn't believe the final count will be close enough to require an automatic recount.

Jones won by about 2 percent, based on Tuesday's vote count, but Alabama's election handbook doesn't list clear rules for contesting U.S. Senate elections, although other provisions indicate candidates or political parties could request a recount.

"It's our contention the votes can be recounted," John Bennett, deputy chief of staff for the Secretary of State's office, told AL.com. "We contend that authority is there."

But he said the office won't make a determination until the ballots are certified -- which will happen no earlier than Dec. 26 and no later than Jan. 3.

If Moore is allowed to request a recount, he would be required to pay for it.

The secretary of state has said the recount would likely cost between $1 million and $1.5 million, and the full amount must be paid at the time of the request.

Moore's most recent financial report showed he had about $636,000 cash on hand, the website reported.

It's unlikely the state Republican Party, which supported Moore even after the national GOP temporarily suspended its backing over child molestation allegations, would be willing to fund the recount.

"The race is over," Alabama Republican Party Chairman Terry Lathan said in a statement.