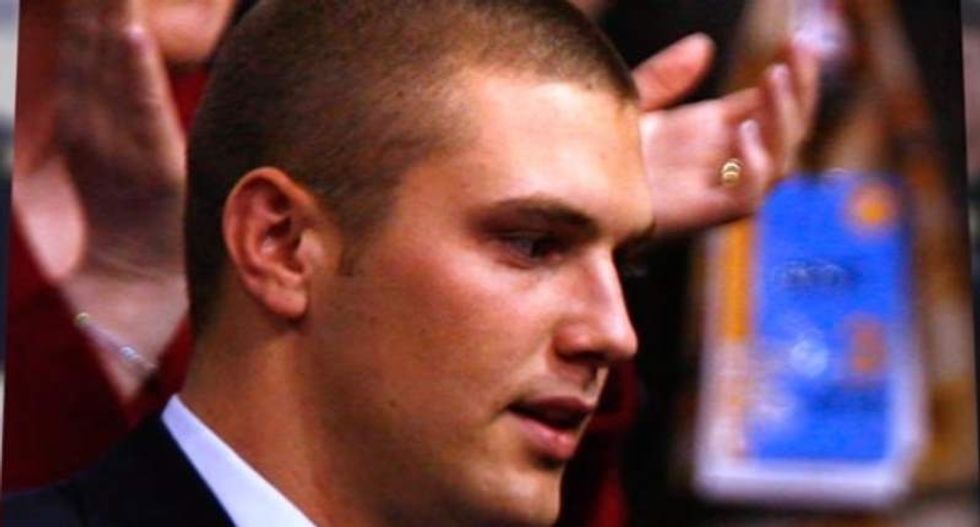 The elder son of former Republican vice presidential nominee Sarah Palin was in jail on Sunday, facing assault and burglary charges in her home state of Alaska.

It is not clear whether he entered a plea to the charges.

His legal troubles have prompted his mother in the past to question the support available for military veterans like her son who may be suffering from post-traumatic stress.

"Given the nature of actions addressed last night by law enforcement and the charges involved, the Palins are unable to comment further," the family's attorney, John Tiemessen, said in a statement on Sunday.

"They ask that the family's privacy is respected during this challenging situation just as others dealing with a struggling family member would also request."

Court records did not indicate whether an attorney had been appointed for Track Palin, and Reuters was unable to reach an attorney who has represented him in the past.

After his arrest on Saturday, he remained in custody at the Mat-Su Pretrial Facility in Palmer on Sunday afternoon, Megan Edge, a spokeswoman for the Alaska Department of Corrections, said by telephone.

In 2016, he faced several charges related to domestic violence, including using a weapon while intoxicated, court records show. The case was resolved in a special veterans' court, with a conviction on a misconduct charge.

His involvement in a booze-fueled brawl at a family gathering in 2014 also drew wide attention. Authorities did not file criminal charges in the incident.

Sarah Palin, a former governor of Alaska, rose to national prominence after being selected as U.S. Senator John McCain's running mate in his failed 2008 presidential bid against Democrat Barack Obama.