'That c*nt woman from the airplane': Accuser Jessica Leeds reveals her first entanglement with Trump after he groped her 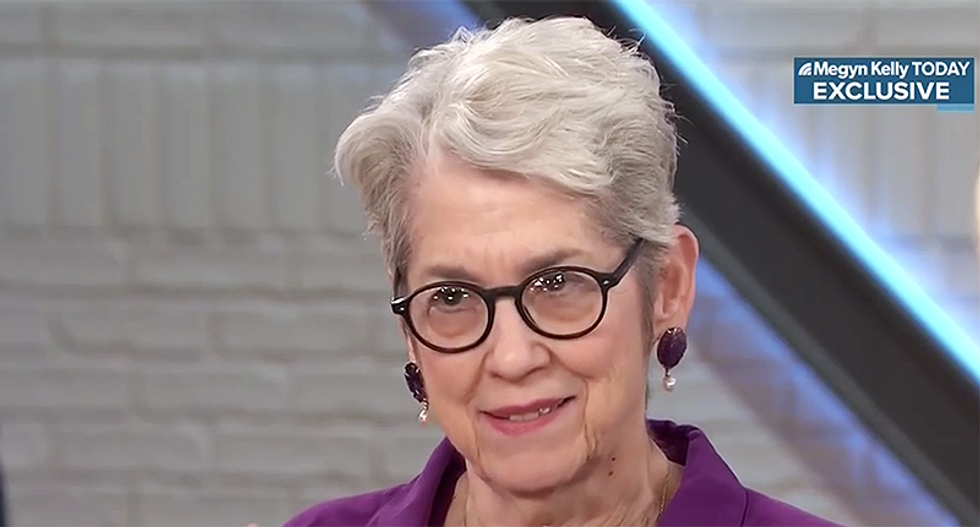 During an interview with Megyn Kelly, Jessica Leeds walked through what happened to her when she said President Donald Trump grabbed her and forcibly kissed her on an airplane.

Leeds met Trump in the 1970s while working as a saleswoman. Times were different, she explained in a New York Times interview before the election in 2016. According to her account, Trump groped and kissed her while the two sat next to each other in first class seats.

"Whether it was 15 minutes or not, it seemed like forever," she recalled.

"They served a dinner. After the dinner was cleared he began encroaching on my side of the seat," Leeds later told NPR's Audie Cornish. "Mr. Trump started coming over to me and groping me and trying to embrace me. And then his hands started going up my skirt."

When Trump began "going up my skirt," Leeds said she struggled and stood up and went to the back of the plane. When the flight landed she said that she waited for everyone to get off before she did because she didn't want to risk running into him.

While speaking to Kelly, Leeds wondered why no one was coming to her defense during her ordeal. There was a man near them who said nothing and a flight attendant who didn't intervene. She said she didn't complain or inform the airline. But when she moved to New York things changed. She was working for the Humane Society of New York and had a fundraising gala at Saks Fifth Avenue. She was assigned to hand out the seating assignments. That's when she encountered Trump.

"At that point, I had been in the city long enough to read about the Trump family and some of the gossip that was going around and I recognized him immediately as the guy on the plane," Leeds said. She went on to say that Trump told her, "I remember you. You were that c*nt woman from the airplane."

Leeds wished that there could be some reckoning with Trump and that he couldn't be "teflon" and get away with it.

Samantha Holvey, who witnessed Trump's behavior at the Miss USA pageant said that the most difficult thing for her was looking at the number of women who still supported Trump in the election.

"Women who have lived through this!" she exclaimed to Kelly. "Everyone has their own story of a man touching them inappropriately. Men, multiple men, this isn't an incident that happens once in a blue moon this happens daily to women. And for them not to say, 'You know, that's wrong. I don't support that. I'm not voting for that. I don't want that person to be leading my country.' That was so painful."

Lisa Boyne later appeared on the phone at the press conference noting that Trump's crimes are far worse than what she's seen Sen. Al Franken do.