'That was the quid pro quo': Ex-CIA official claims Flynn sanctions call was payback to Russia for election meddling 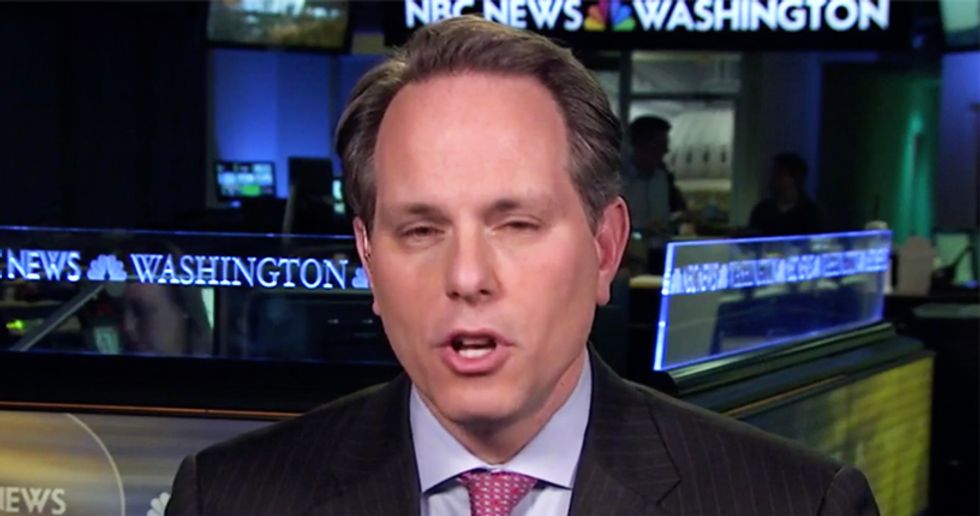 Appearing on MCNBC, the former chief of staff to CIA Director Leon Panetta claimed that it appears that ex- national security advisor Michael Flynn had good reason to lie about his contacts with the Russians because it was related to their meddling in the 2016 election.

Speaking with host Nicolle Wallace, Jeremy Bash walked Wallace through why Flynn lied, saying it wasn't something as mundane as a simple phone call.

"Donald Trump's favorite thing to say is to talk about fake news and Donald Trump put out a lot of fake news himself," Wallace began. "Mike Flynn wasn't fired for doing his job. Mike Flynn isn't a convicted felon because he did his job. He's convicted of the felony of perjury, of lying to federal investigators. Can you address the president's comments in the context of today's news?"

"And again, speaking with a foreign leader is not inappropriate, in fact, it may be appropriate," he explained before adding. "So there's something clearly inappropriate about it that would cause Mike Flynn to then lie about it, and I think it's apparent from all the other information we know about this case that the inappropriate aspect was the fact that this was part of the quid pro quo. The Russians helped in the election, and the Trump transition team was giving the payback back to the Russians."