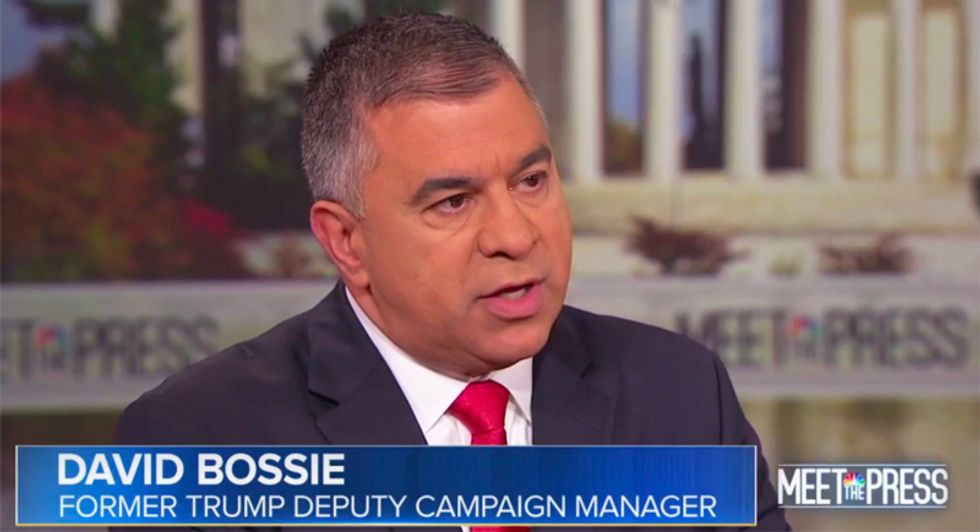 Appearing on Meet the Press, Citizen United President and former Trump Deputy Campaign Manager David Bossie said there could not have been any Russian involvement during the 2016 presidential campaign because he never saw any Russians.

Speaking with host Chuck Todd, Bossie was asked specifically about the campaign.

'Was there a single [Russian] interaction that you witnessed," Todd asked.

"Not even one," Bossie replied. "This investigation has been going on for a long time and I just don't out there that there is a scintilla of Russian collusion."

Bossie's disclaimer that Russians were never seen at Trump Tower, and that there was no collusion, flies in the face of the fellow campaign officials, Paul Manafort, Jared Kushner and Donald Trump Jr. held meetings there with Kremlin-linked envoys shopping information on former Secretary of State Hillary Clinton.