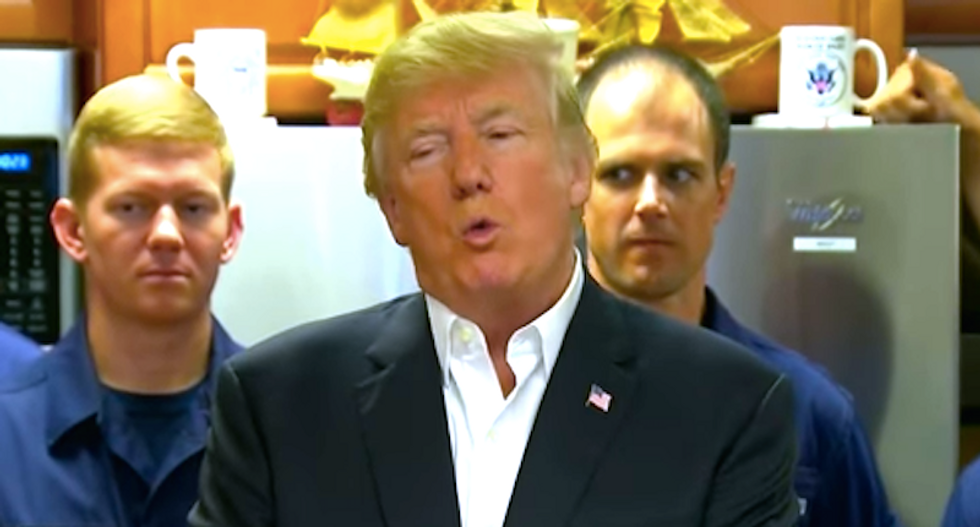 President Donald Trump's layer claims his client cannot be guilty of obstruction of justice because he is the president.

John Dowd, the president's outside lawyer, insisted he drafted Trump's tweet over the weekend that seemingly confessed to obstruction but argued the social media posting did no such thing, reported Axios.

"The tweet did not admit obstruction," Dowd told the website. "That is an ignorant and arrogant assertion."

The attorney insisted Trump could not possibly be guilty of obstruction because he was the chief executive.

"President cannot obstruct justice because he is the chief law enforcement officer under [the Constitution's Article II] and has every right to express his view of any case," Dowd argued.

"I think a president can only be reached through impeachment and removal," Woodward told Axios. "But the House and Senate could conclude a president had obstructed, and conclude that was a 'high crime.'"

"It is certainly possible for a president to obstruct justice," Bauer told the website. "The case for immunity has its adherents, but they based their position largely on the consideration that a president subject to prosecution would be unable to perform the duties of the office, a result that they see as constitutionally intolerable."