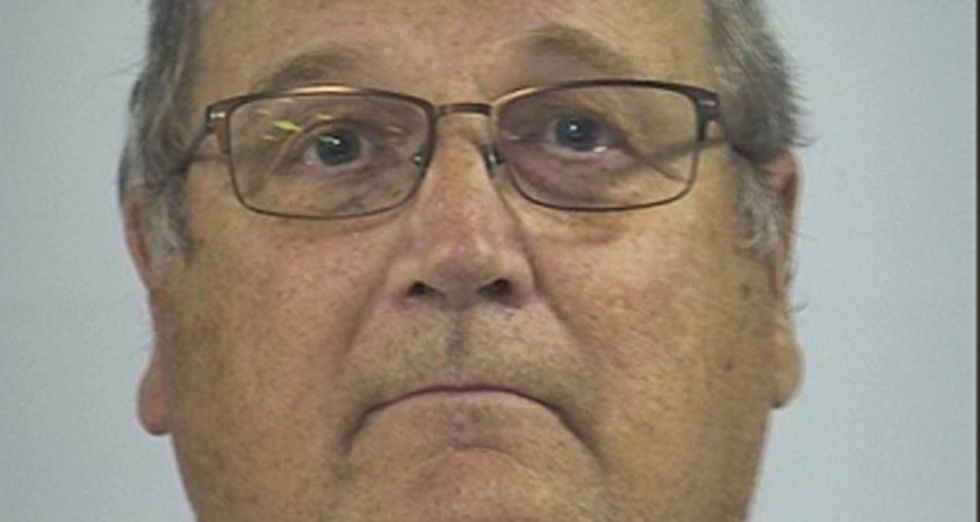 A Virginia man who served as a Bible-school teacher at a local church is looking at 12 years in prison after being convicted on child pornography charges.

According to the Virginia Pilot, Gerald Lee Porter, 71, was sentenced on Monday in the U.S. District Court in Norfolk after pleading guilty in August to one count of receipt of child pornography.

The report states that Porter -- who volunteered at River Oak Church in Great Bridge until his arrest -- was the target of three law enforcement agencies that pulled illegal images from a computer linked to Porter by using a peer-to-peer file-sharing network to access it.

When confronted in May, Porter claimed a co-worker gave him a hard drive two years earlier that already contained the images. The following day he admitted that the hundreds of images and videos -- collected since 2004 -- belonged to him.

According to investigators Porter conducted Bible studies several times a week with children between kindergarten and fifth grade, although there was no evidence that any children have been molested.

Porter's attorney asked for leniency for her client saying he suffers from “fatigue, balance disorder, dizziness, major depression, anxiety, hypertension, tension headaches, vertigo, irritability, sleep apnea, high cholesterol, respiratory abnormality, shortness of breath and kidney stones” and survived prostate cancer. The attorney noted that the loss of his prostate contributed to his "predilection towards pornography in the first place."

Assistant U.S. Attorney Elizabeth Yusi asked the court to impose a “severe sentence of imprisonment,” reminding the court that some of the images involved toddlers.

Handing down the maximum sentence, U.S. District Judge Raymond Jackson dismissed a report provided by a doctor that found Porter was unlikely to re-offend, calling it “not credible.”
Report typos and corrections to: corrections@rawstory.com.
Like this article ? Text `Support` to 50123 to donate.
READ COMMENTS - JOIN THE DISCUSSION