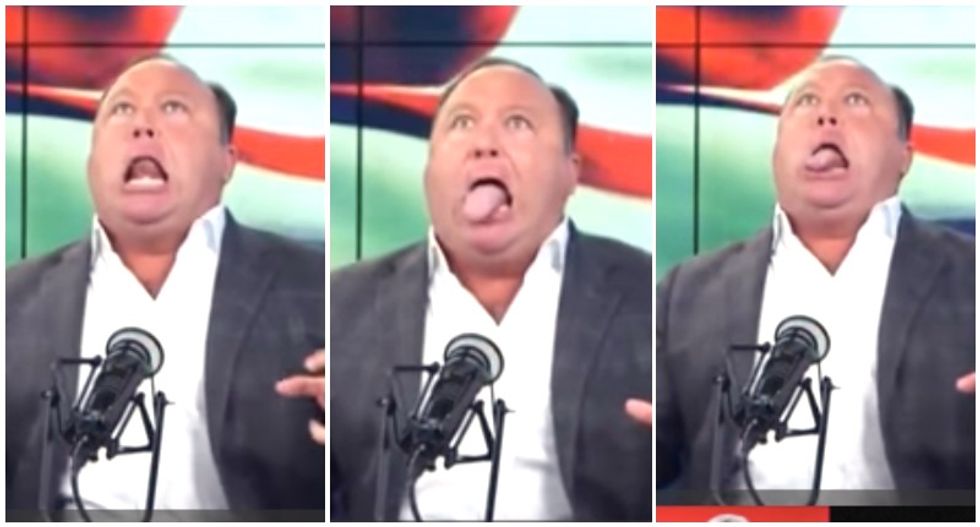 Alex Jones delivered one of his all-time wildest rants against MSNBC's Joe Scarborough and Mika Brzezinski, whom he compared to demons, parasites and disease.

“They’re both like horrible foot-long tapeworms, man, I’m telling you," Jones said. "Tapeworms that we vomited out and crapped out and they’re just trying to force-feed themselves back into our lives. They’re like gonorrhea or syphilis, I mean they are just — they’re like HIV, they’re like cancer. They are just — I mean, you have to understand, folks, they literally want to destroy you. God, they’re evil. Do you realize how evil these people are?”

He promised the friends-turned-critics of President Donald Trump would be "removed" once Jones and his followers triumphed over their enemies, and then launched into a frenzied spasm of unholy gibberish.

“They’re like from upside-down world, folks," Jones said, making a reference to the Netflix series "Stranger Things." "You have to understand. They’ve broken into this dimension. They want to destroy us."