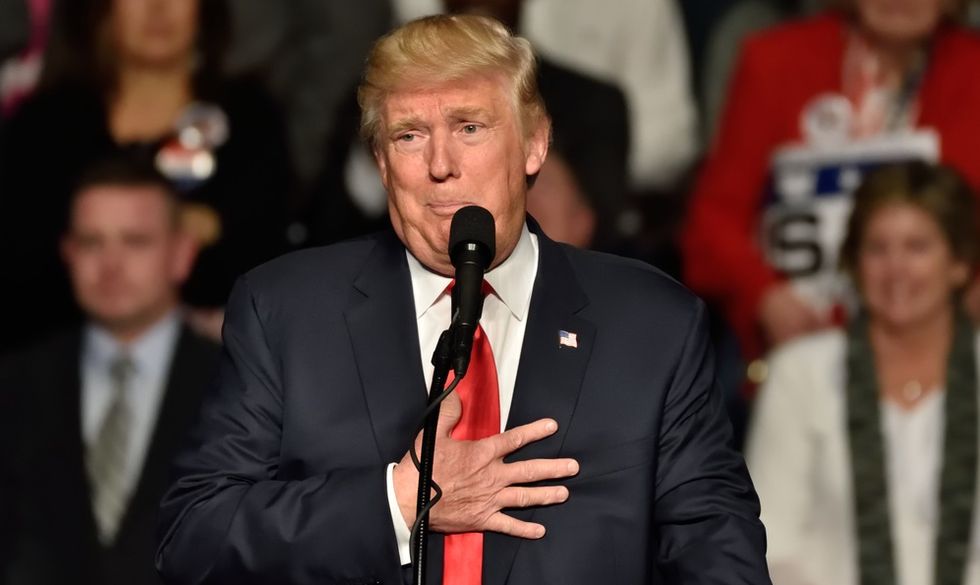 President Donald Trump has endorsed Alabama Republican Roy Moore, despite problems members of his own party have with the former judge. The Republican National Committee has given $170,000 to help elect Moore, in wake of Trump's endorsement.

Prior to the endorsement, The RNC and Trump's team set a rally outside of Alabama in Pensacola, Florida, which shares a media market with southern Alabama.

Moore has seen a slight slump in his poll numbers since multiple women have come forward saying he preyed on them as teens. More evidence surfaced that Moore was monitored at a local mall and Moore's own words came back to haunt him, when it was discovered he met his wife as a teen.

Watch the full rally below beginning at 7 p.m. EST:

In a 2019 memorandum obtained by Salon, longtime Republican pollster and strategist Frank Luntz reported that "public sentiment about the wealthy has been degrading over the last few years," and that many Americans across party lines believed the ultra-rich were "gaming the system." Luntz's memo, entitled "The War on the Successful," appears to add significant context to ProPublica's recent report that many of the 25 wealthiest Americans paid little or no taxes from 2014 to 2018, with that group paying an average "true tax rate of only 3.4%" per year.

Luntz's memo warns that Republicans need to alter their language and tactics in order to ensure that they keep taxes low on corporations and the rich.