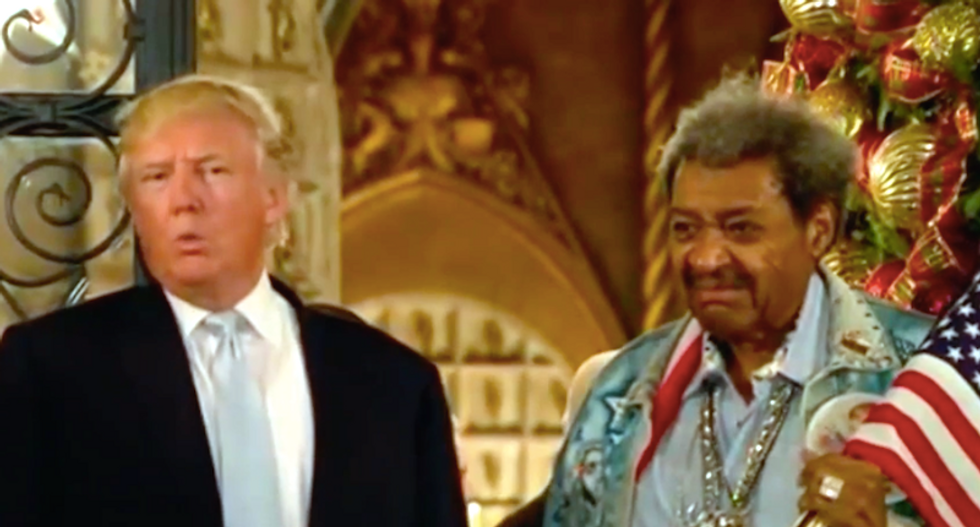 Mike Flynn called a senior Trump transition team official at Mar-A-Lago to discuss his contacts with Russia, which he admitted to lying about to FBI agents.

Flynn admitted to asking then-Russian ambassador Sergey Kislyak on Dec. 29 to hold off on "escalating the situation in response to sanctions that the United States had imposed against Russia."

The following day, Trump praised Vladimir Putin for delaying retaliation in a tweet sent from his Mar-A-Lago resort.

It's not clear which senior transition official Flynn called at the Florida club owned by the Trump family.

Flynn has reportedly agreed to “fully cooperate” with Mueller in the probe, and is “prepared to testify… against President Trump, against members of the Trump family and others in the White House.”

The former national security adviser is expected to tell investigators that Trump himself ordered him to make direct contact with Russian government agents to assist his presidential campaign.

The president-elect denied reports of Russian election interference the same day Flynn made the undisclosed call that forced him to resign Feb. 13 and eventually led to his guilty plea.

"I think we ought to get on with our lives," Trump said, with boxing promoter Don King by his side. "I think that computers have complicated lives very greatly, the whole you know age of computer has made it where nobody knows exactly what’s going on. We have speed we have a lot of other things, but I'm not sure you have the security that you need."

He said he had not spoken with senators such as Sen. Lindsey Graham (R-SC), who called for sanctions against Russia for interfering with the presidential election.

Flynn also admitted to asking Kislyak a week earlier, on Dec. 22, to "delay the vote on or defeat a pending United Nations Security Council resolution."