‘What they're doing could lead to violence’: Morning Joe hammers ‘state-run’ Fox for hyping ‘coup’ against Trump 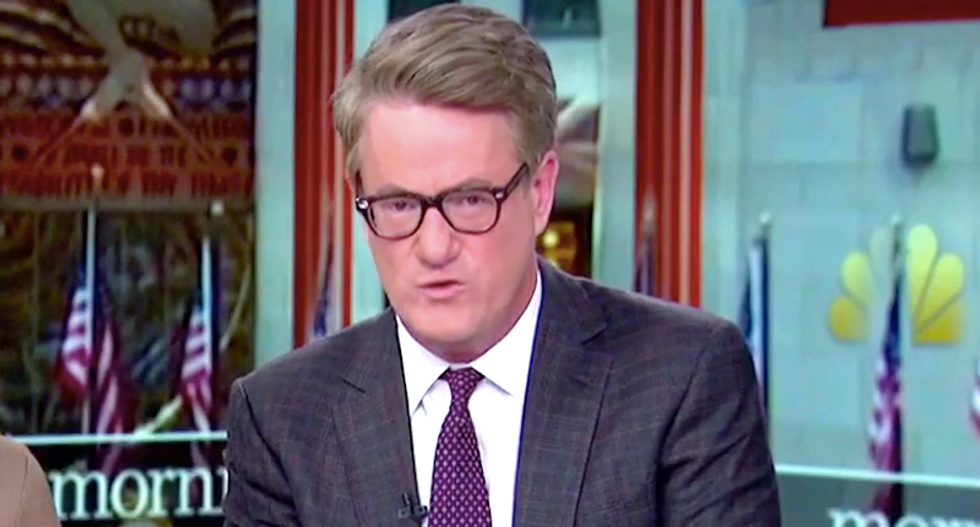 MSNBC's Joe Scarborough condemned Fox News for paving the way for a constitutional crisis by hyping claims of an FBI "coup" against President Donald Trump.

The "Morning Joe" host blasted Republicans for letting Trump weaken democratic institutions and the rule of law, and he said they had doomed themselves with younger voters.

"They're turning off people who aren't the most Bannon-ite Republicans, and right after that they get state-run TV and Republicans going out and saying, 'Fire Bob Mueller,' something that the overwhelming majority of Americans believe would launch a constitutional crisis," Scarborough said. "They never learn."

MSNBC analyst Mike Barnicle called out Fox News for describing the Justice Department's special counsel investigation as a "coup," and he and Scarborough agreed the right-wing network's language was irresponsible.

"They're using state-run TV in employing the word 'coup,' which is a truly dangerous word to employ," Barnicle said.

"I have stayed away from criticizing Fox News for years, for a lot of different reasons," he said. "You see the irresponsibility, especially this weekend. Fox News -- let me say this -- they are fomenting a constitutional crisis by suggesting to people watching Fox News in Middle America that somebody is attempting a coup, a coup against our government."

Reality does not match the dictionary definition of a coup, Barnicle said.

"Let's take an unsponsored break here brought to you by Webster's dictionary," Barnicle said. "'Violent overthrow or altering of an existing government by a small group.' That's what they're fomenting, that's what they're pushing about a fact-finding, truth-seeking mission led by a guy who absolutely, Bob Mueller, (a guy who) lives his life right down the middle."

Scarborough pointed out that the special counsel probe was lawfully overseen by Trump's deputy attorney general, Rod Rosenstein, after Attorney General Jeff Sessions recused himself after he was potentially implicated in Russian election meddling.

"Let us be very clear, that was set up by Donald Trump's own administration, his own Justice Department, his own attorney general, his own deputy attorney general," Scarborough said. "This is called the rule of law, this wasn't the 'deep state.' This was Donald Trump's state. We're going to get to this in a little bit. What they are doing could lead to violence and what they are doing is about as deeply irresponsible than anything I've ever seen. "