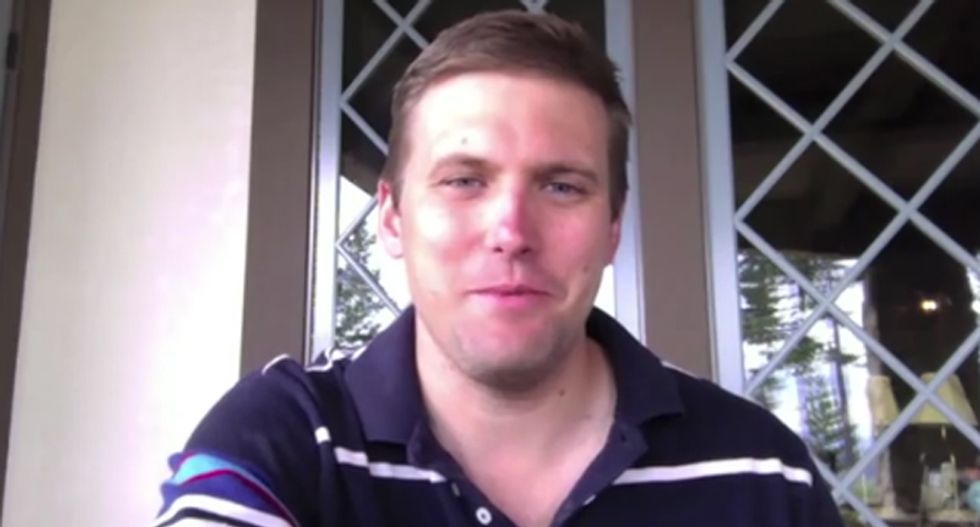 White nationalists are hoping to lure leftists by attacking corporate elites -- but they're still refining their message.

They discussed their plan, and worked on the message, at a top-secret conference Nov. 19 in rural Maryland, where about 60 mostly young men sketched out their plan for next year, reported The Nation.

“We need to be explicitly anti-capitalist, there’s no other way forward for our movement,” said Eli Mosley, of the campus group Identity Evropa. "2018 is going to be the year of leftists joining the white-nationalist movement."

The alt-right is following the historical model of fascism, which has often pretended to offer "socialist" positions in hopes of broadening their appeal to middle-class workers.

“I support national health care," said Richard Spencer, the face of the alt-right movement. "Becoming alt-right means … we have duties to our fellow [white] people. And the trillions spent in insane wars, I would much rather spend that on something that is immediately useful to whites.”

He told The Nation's reporter that he supported a government-subsidized minimum income, but his dream ethnostate would be for whites only and would take away the right of women to vote.

“We need to have a kind of altruism," he said. "We need to be willing to take care of people and not simply think of ourselves as individuals who can acquire as much wealth as possible."

His claims superficially resemble those made by leftists who reject the "corporate neoliberalism" of Hillary Clinton, but he and his co-panelists can't help but reveal their hateful views.

“This cosmopolitan clique of elites,” said Mike Enoch, of The Daily Shoah podcast. “The left will not … name the people behind this … but we can. We can … speak for white Americans who don’t want to sacrifice any more of their children for Jewish wars."

Spencer giggled through Enoch's booming speech, as the neo-Nazi podcaster continued blaming Jews for wars in Iraq, Afghanistan and Syria.

“You want to know why there’s so much PTSD, drug abuse, suicide," Mosley chimed in, "among veterans of the Iraq and Afghanistan wars? Because they come back and they don’t know why. ‘Why were we there, what did I do, why did my friends die?’ The answer is, no more of these wars -- Jewish wars!”

Spencer and his allies condemned the Republican tax reform bill as tax cuts for wealthy elites, but they have a harder time relating to individual workers.

The Nation's reporter spoke to a waitress at an Alexandria, Virginia, bar where the conference was supposed to resume after the Maryland property owner discovered who they were and ordered them to leave.

The waitress said she recognized the obscure Identity Evropa logo pin some of them wore, as about 40 of them tromped in and demanded pizza and beer.

The white single mother said one of the white nationalists threw a dime at her, and another made inappropriate sexual remarks and threats toward her.

So she and the bar owner, also a woman, kicked them out, and they headed out onto the streets.