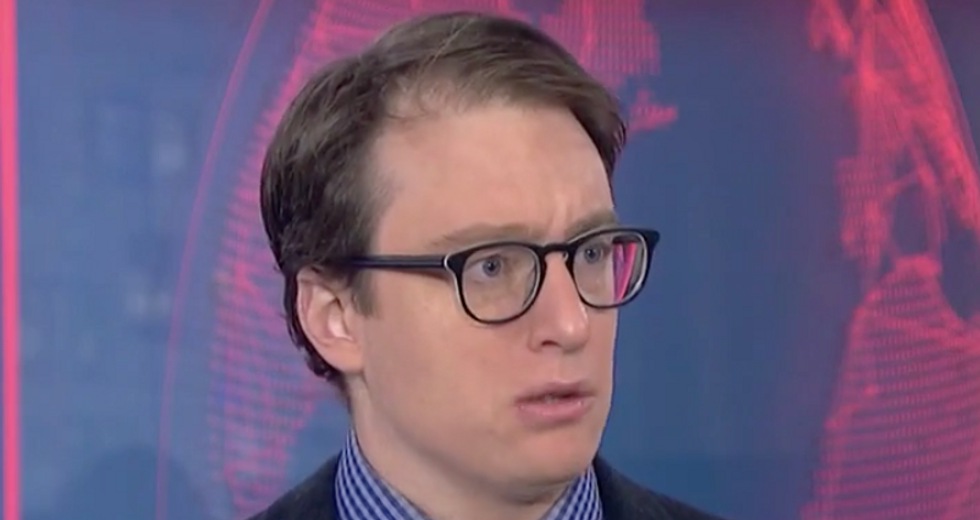 Vanity Fair's Gabriel Sherman told MSNBC on Friday that the culture that enabled rampant sexual harassment at Fox News is still in place.

"Women are terrified" that the changes instituted by the high-profile departures of Bill O'Reilly, Eric Bolling and former CEO Roger Ailes have only been "window dressing."

Anchor Craig Melvin played video of 21st Century Fox co-chairman Rupert Murdoch dismissing the sex harassment scandal at Fox News as "nonsense" and saying it was a political persecution because the network is conservative.

Sherman said that "dozens of women" have come forward with stories of harassment and abuse at Fox News, and that it's precisely this kind of dismissive attitude from Murdoch that enabled the abuse to continue unchecked for decades.

"That blasé attitude, the 'hear no evil, see no evil' attitude, is this permissive culture that allowed this toxic workplace at Fox News to fester for so long," Sherman said.

"I've been hearing from women at Fox News," Sherman said. "Not much has changed... they really feel a lot of this is window dressing."

O'Reilly, Bolling and Ailes may be gone -- and in Ailes' case, deceased -- but many men who are known harassers are still in place.

"I think women are feeling terrified that the company has not fully cleaned up," Sherman said.

Fox paid out millions of dollars to settle complaints against O'Reilly and Ailes.

Sherman is the author of The Loudest Voice in the Room, a biography of Ailes and history of his company, Fox News. Ailes hired private detectives to surveil Sherman and orchestrated smear attempts to discredit the journalist. At one point, the so-called "brain room" at Fox News had compiled a 600-page dossier on Sherman in an attempt to intimidate him into halting his work on Loudest Voice.