14 California Republicans at risk of losing their House seats due to Trump's unpopularity: Wall Street Journal 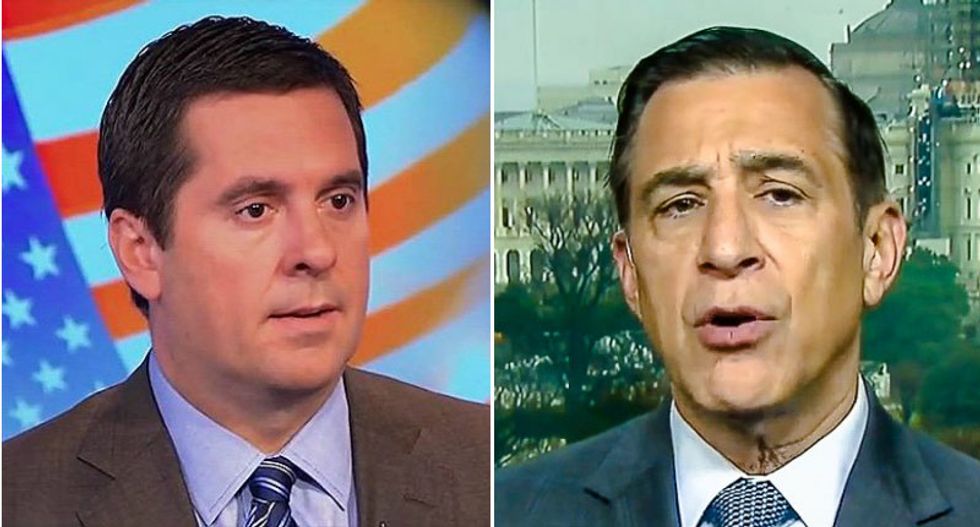 The almost non-existent presence of Republicans representing California in Congress is likely to grow even smaller after the 2018 midterm elections, primarily because of President Donald Trump's extreme unpopularity reports the Wall Street Journal.

As of right now, both of California's U.S. Senate seats are held by Democrats as well as 39 of the 53 seats awarded to the state in the House.

According to the Journal, Democrats are looking at California's 14 GOP House members as likely targets as part of their plan to take control of the House where they need to flip 24 seats.

With half of the GOP-held seats coming from districts that went for Democratic presidential nominee Hillary Clinton, Democrats feel seats held by stalwarts like Darrell Issa and Devin Nunes are ripe for the plucking as their Democratic challengers plan to hang Trump around their necks.

At issue is Trump's dismantling of the Affordable Care Act, his position on climate change, his anti-immigration rhetoric and the recently signed GOP tax bill that will disproportionately hit California's citizens who pay high mortgage interest rates and taxes that will be capped as deductions on their federal income tax returns starting in 2019.

According to respected political observer Dan Schnur, California's House members, "have been left hanging by their national party leadership, whose focus seems to be squarely on the needs of their colleagues in more conservative parts of the country.”

The Journal goes on to note that, "The Cook Political Report rates eight of the 14 House districts Republicans hold as highly competitive this year, and calls three of them tossups, meaning Democrats’ chances of seizing them are roughly equal to the GOP’s chances of retaining them."