'Where did Christ refer to mulligans?': CNN's Camerota nails evangelicals for giving Trump a pass on adultery 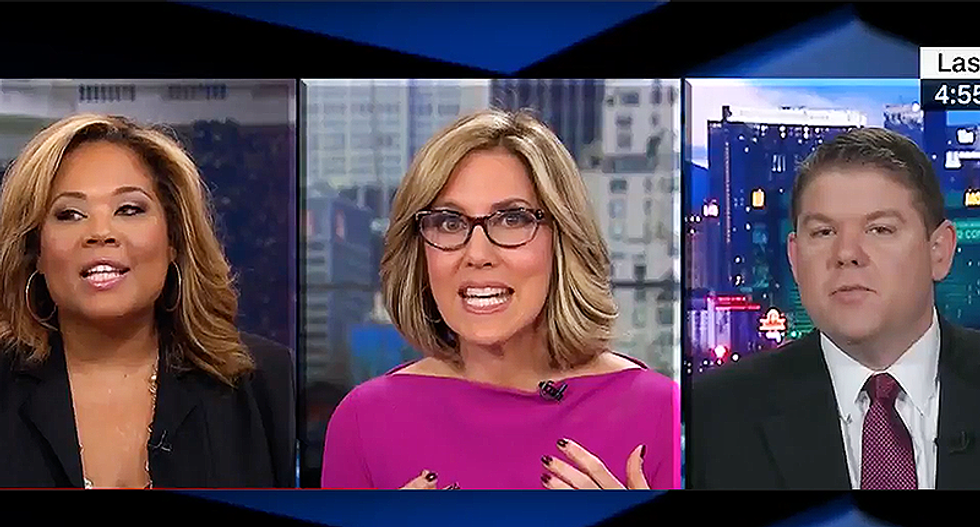 During a segment with Trump supporter Ben Ferguson and GOP strategist Tara Setmayer, Camerota invoked the Bible to expose the hypocrisy of evangelical leaders who are willing to overlook all of Trump's immoral behavior because he gives them what they want on policy matters.

Camerota started out by noting that evangelical leader Tony Perkins had said this week that Trump gets a "mulligan" from evangelicals for his past indiscretions, while noting that these leaders seem to be ignoring the same scriptures they purport to champion.

"What part of the Seventh Commandment says, 'Thou shalt not commit adultery unless you're running for president as a Republican?'" she asked Ferguson.

Ferguson replied that he thought it was a mistake for Perkins to say Trump gets a "mulligan," and he warned that Christian conservatives should stick to advocating for specific issues instead of politicians. However, Ferguson stopped short of calling Perkins a hypocrite, despite the fact that he once said that any politician who broke his oath of marriage to his wife was not to be trusted.

Setmayer, however, had no such qualms and said that these evangelical leaders are hypocrites who are "putting politics over Christian biblical principle."

Camerota then pivoted back to referencing the Bible and asked the panel, "Which biblical principle was it where Christ referred to 'the mulligan?'"