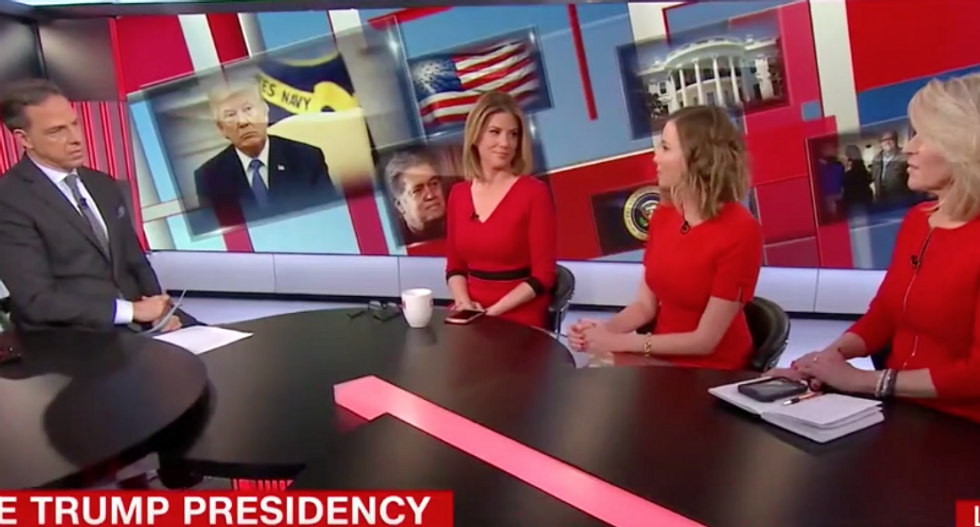 Former White House press secretary Sean Spicer appears to be on his "redemption tour" in the aftermath of Michael Wolff's explosive exposé on the Trump campaign and administration — but CNN panelists aren't convinced he deserves to be redeemed.

"There were times when I screwed up," Spicer told HLN's S.E. Cupp on Thursday, listing off his many mistakes from the press podium. "There's no question about it."

"When I screwed up, yeah, it felt really bad," he said.

Given how much a press secretary says every day, month and week, "sure, they're gonna screw up," said Alice Stewart, Ted Cruz's former presidential campaign communications director.

"I think what really hurt him more than anything is when, it wasn't an honest mistake, it was pushing out information that wasn't factually accurate," she said. "That hurts him more long-term than making an 'honest mistake.'"

"Here's a defense of Sean Spicer," host Jake Tapper said, playing the devil's advocate. "Is the fault the salesman or the product? He had to defend things that President Trump said that weren't true!"

"But he chose to do that, right?" political analyst Kirsten Powers responded. "If you decide to work for somebody who's going to make you go out there and say things that aren't true, then I think you're held accountable for that."