Colbert: Trump relishing in 'Sh*tholegate' like a gleeful kid making mom 'look at the load I dropped' 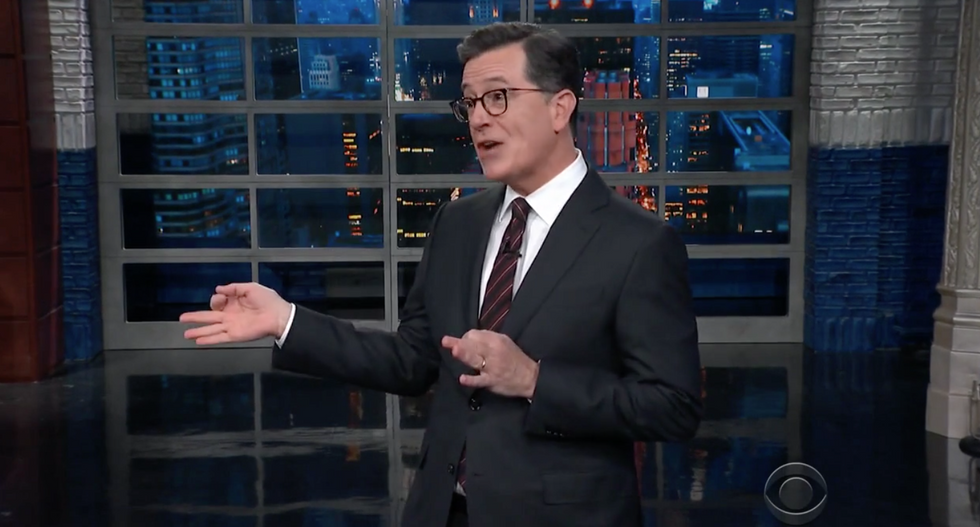 “Late Show” host Stephen Colbert on Monday laid out “Day Four of Sh*tholegate,” lampooning Donald Trump over remarks he made about immigrants from Haiti and other countries during a bipartisan meeting last week.

Colbert referenced reports that Trump—operating under the somewhat prescient assumption that a dehumanizing description of immigrants would play will with “the base”—originally called allies to brag about his use of the word “sh*thole."

"He's like a toddler calling his mom to the potty," Colbert joked. "Come look at the load I dropped on the national discourse! Yeah.”

The comedian later took on Trump’s “denial," arguing the president is like a “racist Rumplestiltskin,” that chortles, "unless you guess my racist speech, the president you shall not impeach.”

Colbert was equally unapologetic about the Republican senators [namely Sens. Tom Cotton (R-AK) and David Perdue (R-GA)] who insist the crazed characterization of Trump from that bipartisan immigration meeting is wrong because Trump said “sh*thouse,” not “sh*thole.”

“Trump is being a complete asshouse, maybe he doesn’t belong in the White Hole,” Colbert said before Jon Batiste and Stay Human led an endearing rendition of “He’s a Sh*t House.”