Dem rep mocks Ron Johnson's 'secret society' flame-out: 'Traded his integrity for the sugar high of being on Fox' 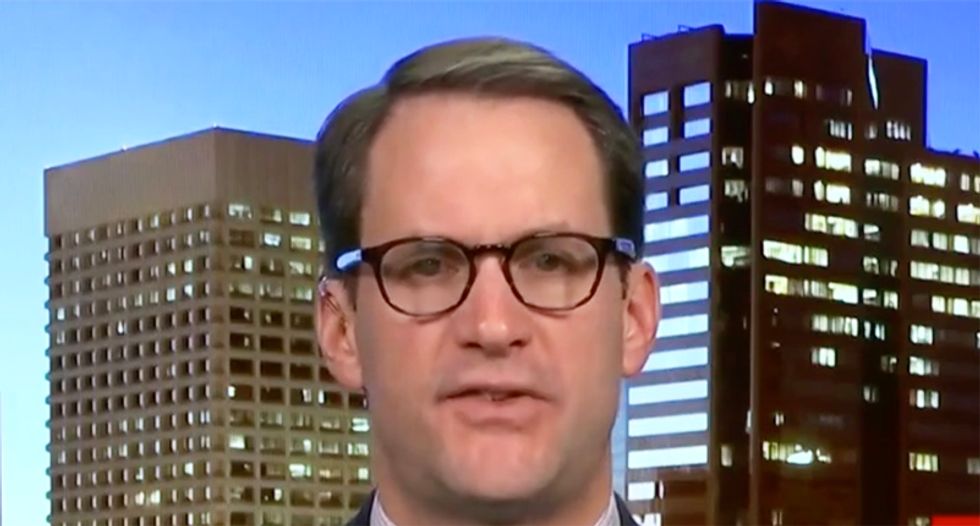 Connecticut Rep. Jim Himes (D) delivered an scathing epitaph to the career of Sen. Ron Johnson (R-WI) Friday morning, saying twenty years from now, all anyone will remember about his Senate career will be the time he thought a joke about a "secret society" proved there was an FBI conspiracy to overthrow President Donald Trump.

Addressing the FBI texts mentioning the supposed "secret society," Johnson told reporters, "I can't ignore these texts. I can't ignore the unvarnished narrative from two individuals high up in the FBI that have contact with the director," Johnson said, only to later concede that the text might have been "made in jest."

"What is Senator Ron Johnson doing?" a bemused Camerota asked.

"Ron Johnson is doing what Rep. Devin Nunes (R-CA) has been doing, and sadly so many members have been doing, seizing on rumor, seizing on fantasy to create doubt around the integrity of the FBI," the House Intel Committee member explained. "It is sad to say, when right wing radio hosts do this it's one thing, but when United States senators and congressman sacrifice their integrity and their legacy ---."

"Ron Johnson will be reminded of this 20 years from now that he seized on one rumor of a text that might have mentioned a secret society to allege that there was corruption at the highest levels of the FBI," he continued. "You have traded your integrity for the sugar high of,  you know, a moment on Fox News supporting the president. A president, by the way, who would stab you in the back if he had the opportunity."

"They are doing that because the White House is constantly generating ideas like, 'oh, he is just fighting back, and the president has the right to obstruct justice,'" He continued. "And Devin Nunes comes up with the four-page memo which I knew immediately it was a shoddy piece of work. It is in the service of feeding the right-wing narrative that the FBI and DOJ are corrupt."

"To see the Republican Party -- which usually stands for law enforcement -- do everything they can and, as I said, trade their integrity to damage this stored American institution is a sad thing to watch," he added.