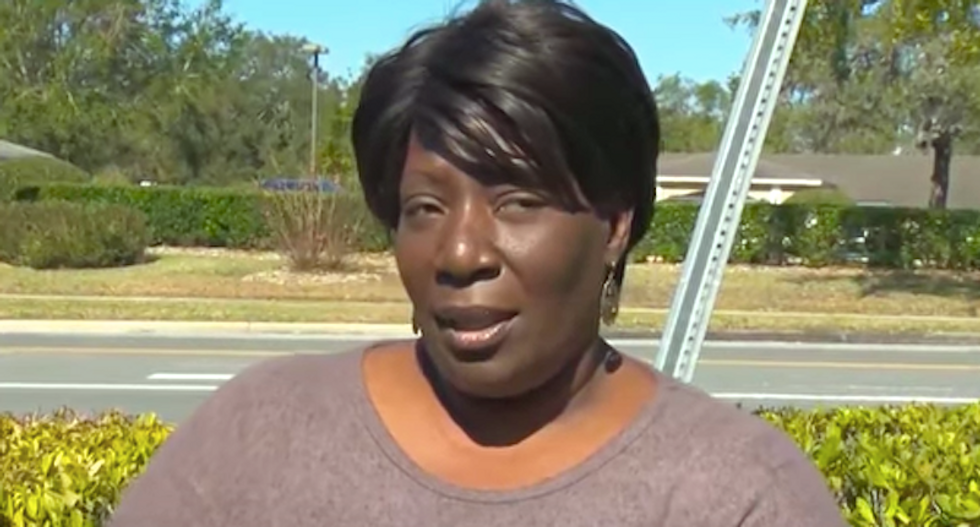 A Florida teacher made one of the worst possible typos on a homework assignment -- and parents are furious at the school's response.

The first-grade teacher sent students home with a spelling assignment that was supposed to include the word "bigger," but that's not what children and their parents found on the lesson sheet, reported WESH-TV.

The word on the sheet was instead spelled with an N, which formed a racial slur.

"My daughter said to me, she said, 'I know that word and I know what that word means, but is this supposed to be on my paper?'" said parent Terry Day, whose 6-year-old daughter is a first-grader at Hamilton Elementary School.

Day went to the Sanford school to speak to the teacher about the assignment, but she was unsatisfied by the explanation.

"I said, 'Well, you didn't spell-check your word? You didn't proofread your word before you sent that out?'" Day said. "And (the teacher) said, 'Well, it is a word.' And I didn't like the attitude behind that one.'"

The teacher, whose name has not been released, told school officials she had inadvertently made a typo.

She showed them her computer and pointed out the B and N keys are right next to one another, and she insisted the spelling was an accidental mistake.

School spokesman Michael Lawrence issued a statement about the "unintentional and unfortunate mistake" he described as a typo, and indicated the situation had been handled.

"The teacher involved has taught at Hamilton Elementary for many years and is extremely remorseful about the situation," Lawrence said. "The school has already fixed and updated the spelling words list and redistributed to the students in that particular class."

The teacher sent home a memo to parents, but some of them aren't happy with the explanation.

"Please be advised there was a misspelled word on the blue spelling list I sent home yesterday," the teacher wrote. "Please throw the blue list away and refer to this list for the next six weeks. I apologize for any inconvenience this may cause. Please contact me if you have any concerns."

Day said she was furious the teacher hadn't addressed or taken responsibility for the racial slur she shared with children.

"'Inconvenience' means sorry for the bother, so, I mean, it was not apologetic, it was not 'sorry,’" Day said. "Even when I met with her in person, she wasn't sorry, wasn't apologetic, like, 'Oh my God, I'm so sorry. I would have removed this.' No! It wasn't like that."

Day believes the teacher, who has worked for Seminole County Schools for more than 16 years, made a simple mistake and shouldn't be punished -- but she thinks children and parents deserve an apology.

School officials agree the teacher, who has no disciplinary history, would likely not be punished.