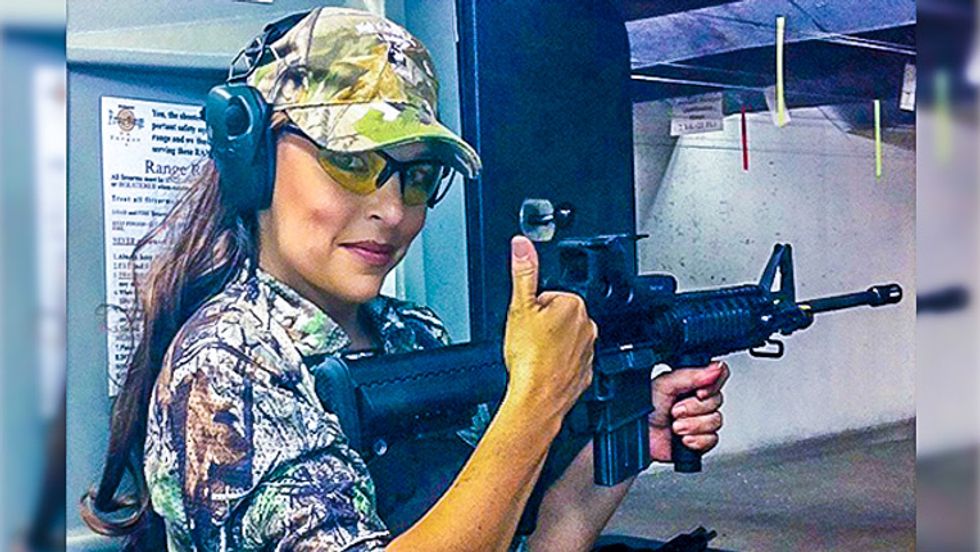 An Arkansas gun range owner who declared her facility a "Muslim-free zone" has thrown her hat in the ring to be the Republican nominee for governor in the 2018 election.

Morgan gained nation-wide notoriety in 2015 when two dark-skinned men were turned away at her range despite the fact that neither one of them was  Muslim. According to the men they were questioned about their religion as they filled out paperwork and, when they protested, were told, "I don’t think you guys should be here. She told us to leave or she’d call the cops on us.”

Arkansas Online reports Morgan is using that fame to launch an insurgent campaign against sitting Republican Gov. Asa Hutchinson in the GOP primary in May.

In an email to her boosters she wrote, "As we embark on the dawn of a new day and new year in Arkansas, I am excited about the future potential of our beautiful state and her people."

The report notes that Morgan has previously criticized Hutchinson as someone who "campaigns like a conservative Republican but governs like a liberal Democrat." It goes on to point out that Morgan was a vocal opponent of Hutchinson when he signed a law banning concealed-carry permit holders from Razorback Stadium and any other locations hosting college sporting events.