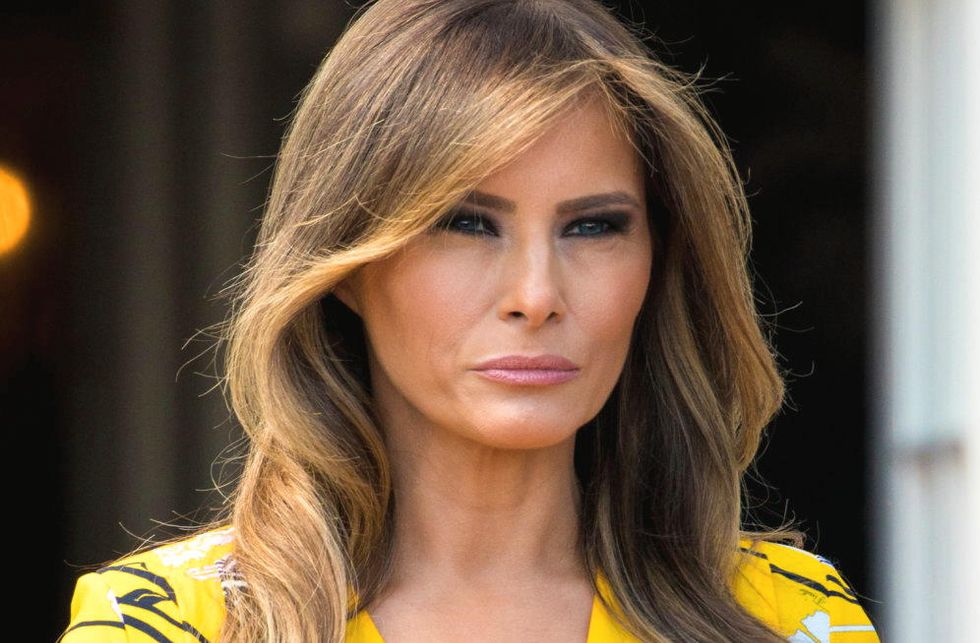 Addressing First Lady Melania Trump's last second cancellation of traveling to the Davos World Economic Forum with her husband, two CNN experts on the history of presidential spouses called it intriguing in light of the weekend revelations Trump had a "romantic affair" with an adult film start after she gave birth to their son.

"She says she is not going because of scheduling and logistical issues," Blitzer asked. "What does that mean?"

"It means a week she was going and then they did some research into it and now she's not going," Bennett glibly replied, adding the first lady's Davos snub was "raising eyebrows."

"This is a first lady we don't know hear much about how she is feeling," Bennett continued. "So we looked at these non-verbal clues of not going on the trip, with the headlines of the Stormy Daniels story and it is curious timing, and it leads people to reach their own narrative of what may be happening behind the scenes."

Blitzer then turned to first lady historian Kate Anderson Brower for her take.

"It's interesting, Kate, that the first lady -- the change in plans was announced yesterday which happened to be the 13th wedding anniversary of the Trumps," host Blitzer suggested. "How unusual, and you've covered a lot of this, is it for a first lady to cancel a visit with her husband, the president of the United States, to Davos at the last minute?"

"It's pretty unusual, but in modern history we haven't seen a couple like this," Brower admitted. "I'm thinking back to Hillary Clinton when she famously went with President Clinton to Martha's Vineyard at the height of the impeachment, the trial and things around it. It's a kind of power that a first lady can yield over her husband. And we haven't had a situation quite as fraught like this since the Clintons, even going back to President Kennedy and his wife when rumors swirled around their relationship."

"The first lady, on the first anniversary of her husband's inauguration, she posted a picture that didn't include a picture of her husband and also said the past year has been filled with many wonderful moments but did not mention the president by name?" Blitzer asked.

"It's unusual, and I think this goes back to a first lady we don't hear from a lot," Bennett contributed. "But she is A-plus in subliminal messaging. Not a mention of her husband, of the thousands of pictures taken of the two of them this last year. interesting that she would pick that picture and it doesn't mention the president."