'Illegal and wasted': Fox & Friends hosts freak out over new California laws on weed and immigration 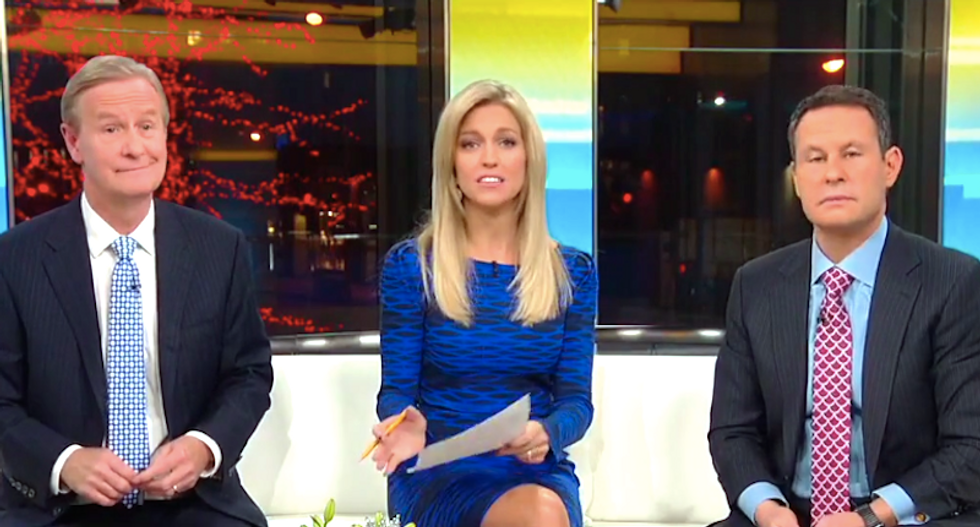 California became a so-called "sanctuary state" and legalized recreational marijuana on the same day -- and that double-whammy sent the "Fox & Friends" hosts reeling.

State and local law enforcement agencies are now prohibited from using their resources and personnel to enforce federal immigration laws, which the Fox News hosts portrayed as a personal affront to President Donald Trump.

"This is incredible," said co-host Brian Kilmeade, in front of a large graphic reading "California Craziness." "The immigrants here among our population, you don't have to fear deportation. They are not immigrants -- immigrants are allowed to be here, illegal immigrants aren't. They snuck in, that's a little dissemination. If you are in a public school, public library, health care facility -- they are safe zones from Donald Trump. They say it's you against Donald Trump."

The state also became the sixth to permit the legal use of marijuana for recreational purposes, and co-host Ainsley Earhardt imagined how the two laws might work together.

"Not only if you are illegal, you are welcome in California, also if you want to get high, you are welcome there, too," Earhardt said. "So you can be illegal and wasted on marijuana and live in that state and be just fine."