Is Trump trying to push former White House adviser into ambassador role to keep her away from Mueller? 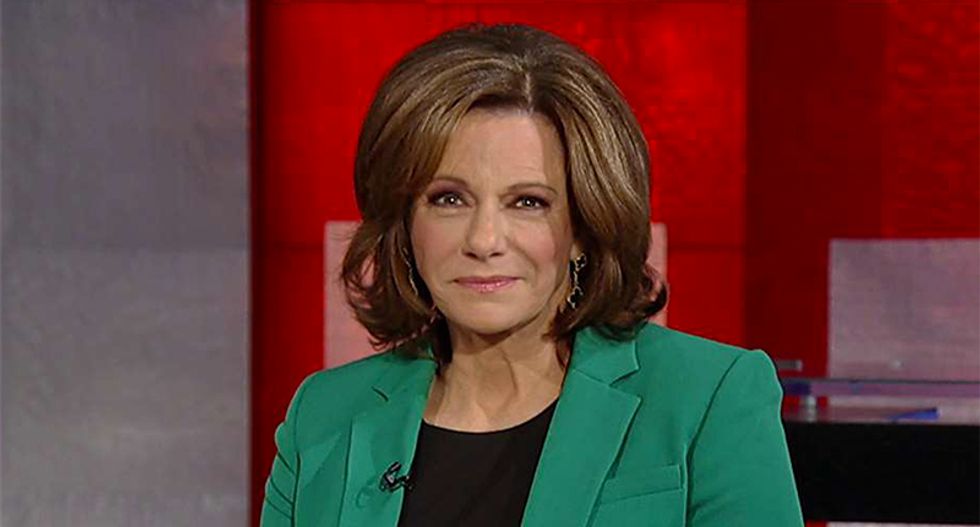 President Donald Trump has not withdrawn the diplomatic nomination of a former White House adviser caught lying to senators about Mike Flynn's contacts with Russia.

The president tapped former Fox News personality K.T. McFarland as ambassador to Singapore, but her nomination seems dead in the water after she was busted making false statements to lawmakers, reported The Daily Beast.

McFarland told a Senate committee in writing that she knew nothing about the former national security adviser's communications with the Russian ambassador, but the New York Times published emails she exchanged with Flynn show that she was aware of the contacts.

Sen. Bob Corker (R-TN), who chairs the Senate Foreign Relations Committee, said in December that McFarland's nomination was "frozen" -- but the White House re-submitted her nomination early this month.

A committee aide described the White House move as “basically a middle finger to Congress.”

McFarland, who came to Trump's attention through her Fox News appearances, had been approved by Corker's committee and was awaiting a full Senate vote when the Russian revelations came to light.

Sen. Ben Cardin (D-MD), the committee's ranking Democrat, has said McFarland's nomination can't proceed until she clears up her statements about Flynn, who she served under as deputy national security adviser.

The White House hasn't indicated why the 66-year-old McFarland was still up for the ambassadorship, and GOP senators don't seem especially eager to take up time on her nomination.

But one former Senate aide told The Daily Beast that Trump might want to get McFarland out of the country, rather than withdrawing her nomination and risk angering her before she might be called to testify by special counsel Robert Mueller.

“Better to have her across the world where it’s more difficult to be invited by Mueller, and more difficult to go on TV," the former Senate aide told the website. "Make her happy enough so she doesn’t release her own book. There’s probably a lot she could say to Mueller they [the White House] wouldn’t like.”