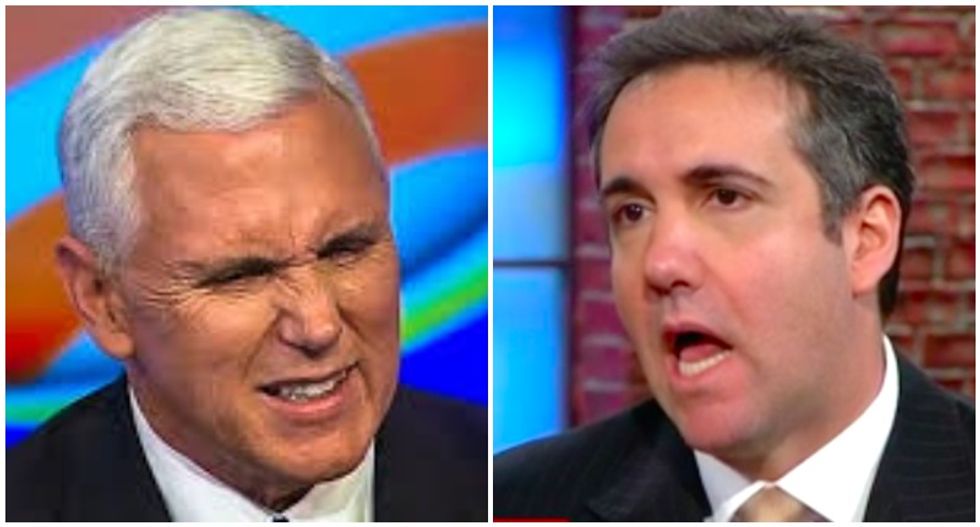 Stormy Daniels claims that she and Donald Trump, whose wife had just given birth to their son, conducted a nearly yearlong relationship about a decade ago, and the president's attorney reportedly paid her $130,000 in hush money just before the election.

Pence said Monday while visiting Jerusalem that he was "not going to comment on the latest baseless allegations against the president," and Cohen has previously said Trump "vehemently denies" rumors about his involvement with Daniels.

The Wall Street Journal has reported that Cohen set up an LLC in Delaware to pay off Daniels in October 2016, just ahead of the election, and Cohen provided a statement from the actress denying the report.

But Cohen himself has not denied making the payment, which may have violated campaign finance laws -- and Pence did not address the reported payout.

The payment, if it was made, raises important questions that haven't been answered.

And, perhaps most importantly, has the president made similar payoffs in the past -- and do those payments represent a blackmail risk?