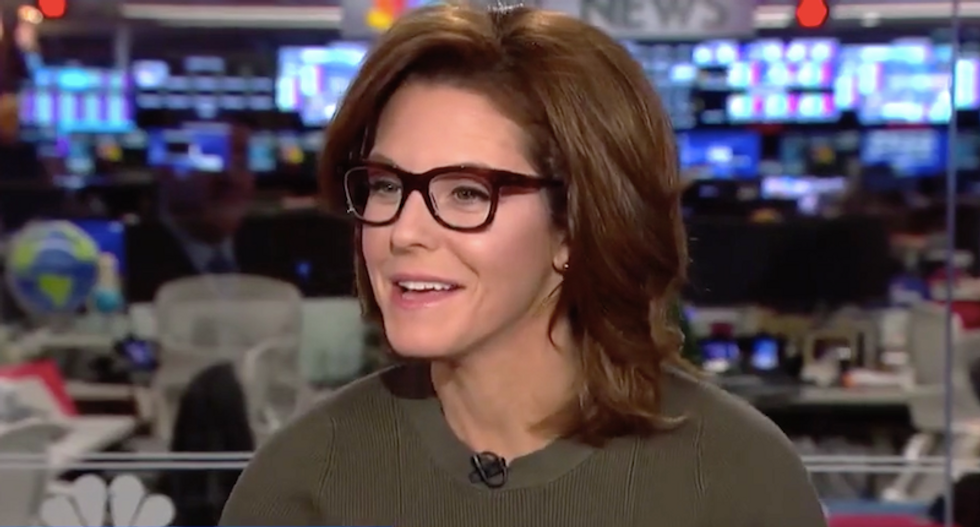 Steve Bannon appeared to throw Donald Trump Jr. and Jared Kushner under the bus in an explosive interview -- and MSNBC's Stephanie Ruhle wondered how badly the president and his supporters should worry.

The Breitbart News chief and former White House chief strategist, who's expected to be called as a witness in the probes of Trump-Russia ties, told journalist Michael Wolff that special counsel Robert Mueller would eventually expose the presidential family's "greasy" money laundering.

“They’re going to crack Don Jr. like an egg on national TV,” Bannon said, according to Wolff's new book, Fire and Fury: Inside the Trump White House.

He described the meeting arranged by Trump's son, which was attended by son-in-law Jared Kushner and then-campaign manager Paul Manafort, as potentially "treasonous."

"Those same people who believe that believe in President Trump and Don Jr.," she continued. "They also believe in Steve Bannon, (who) he is quoted saying, 'They --

meaning Robert Mueller -- are going to crack Don Jr. like an egg on national TV.' How worrisome should a comment like this from Steve Bannon be to Team Trump?"

"Crack an egg?" Ruhle added, mimicking the cracking of an egg on her head. "Painful."

Jeremy Bash, national correspondent for MSNBC and former chief of staff for both the Department of Defense and the CIA, said Trump has already been announcing his fear in the last month's worth of tweets.

"The president, whenever he seems a bit cornered, seems to lash out with these taunts, these attacks, these tweets," Bash said. "I do think you have seen since Dec. 3, that was the day that Mike Flynn pleaded guilty and announced -- it was announced that he would be cooperating with the special counsel and testifying and offering evidence against the president and against the president's inner circle. Since that day you've seen the president really lose it over the Mueller investigation, lash out, try to attack Mueller."

"He's had his allies on Capitol Hill try to undermine the Justice Department," Bash added. "(Tuesday) he actually began with a tweet, not against North Korea, but against the men and women of the United States Department of Justice, who actually protect and defend all of us, regardless of whether you're Democrat or Republican. So we're in for a long road here."