'Not going to get into that': Ex-White House lawyer refuses to say if Trump and Kellyanne lied about Mueller firing 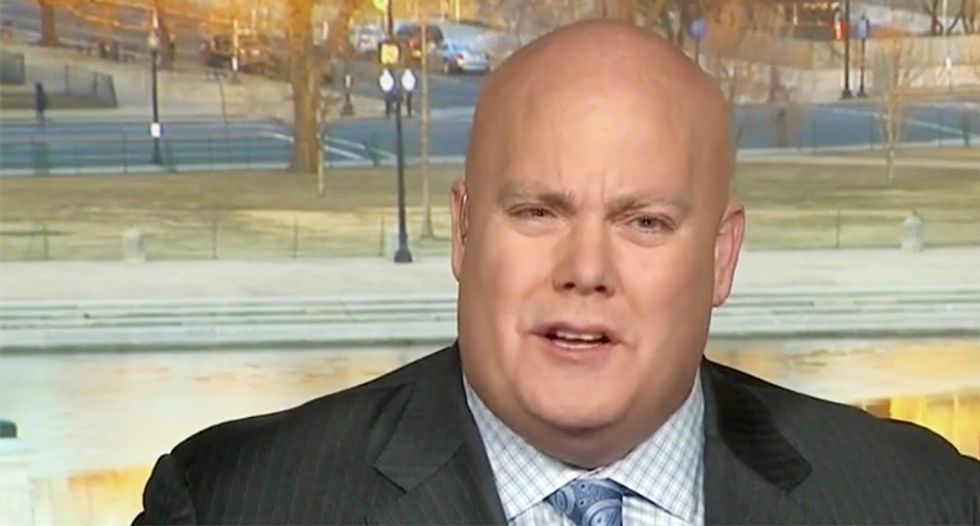 Appearing on CNN Friday morning a former White House lawyer who worked under Donald Trump said he was not about to accuse the president or senior adviser Kellyanne Conway of lying in June of last year about firing special counsel Robert Mueller despite sources saying Trump ordered the White House counsel to do precisely that.

Speaking with host CNN host John Harwood, former White House ethics lawyer James Schultz said he had no personal knowledge of McGahn turning Trump down by threatening to resign in lieu of firing Mueller and seemed to have no problem with the fact that Trump had broached the subject.

"It isn't that much of a bombshell story," Schultz began. "It is his [McGahn's] job to go talk with the boss, give him the best legal advice. And it appears to the extent these reports are true, if he did give that advice, the president followed it. So I don't know what the big deal is."

"Why create a pretext if truth is on on your side?" CNN host Michael Smerconish -- who was a co-panelist -- asked. "It hardly seems a basis to fire Robert Mueller because he once misplaced your 9 iron at the golf club. So why create those examples if you've really got a legitimate basis to want him fired. It reminds me, John, of the stated purpose of getting rid of [former FBI director] Jim Comey ... because he so mishandled the Hillary Clinton email investigation."

"The New York Times created this narrative by way of the story and identified concerns that they had to handle the matter from a conflict of interest perspective," Schultz asserted, blaming the news report that was confirmed by four sources."Assuming all of that is true and the New York Times is correctly reporting this, be on its face, he was asking regarding conflicts of interest. It is the White House counsel's job to address those potential questions."

"Let me ask you this," host Harwood interjected. "You are willing to stipulate that maybe the president had discussions about firing Robert Mueller. Kellyanne Conway said flat out he never did. Based on these reports this morning, do you acknowledge those apparently were lies?"

"I did not saying i was willing to stipulate," said Schultz turning combative. "I said let's assume for a second they were true. If we are going to speak in hypothetical terms, then that's how I was addressing the question."

"Okay. If they did discuss it, what Kellyanne Conway and the president said -- would those be lies?" the CNN host pressed.