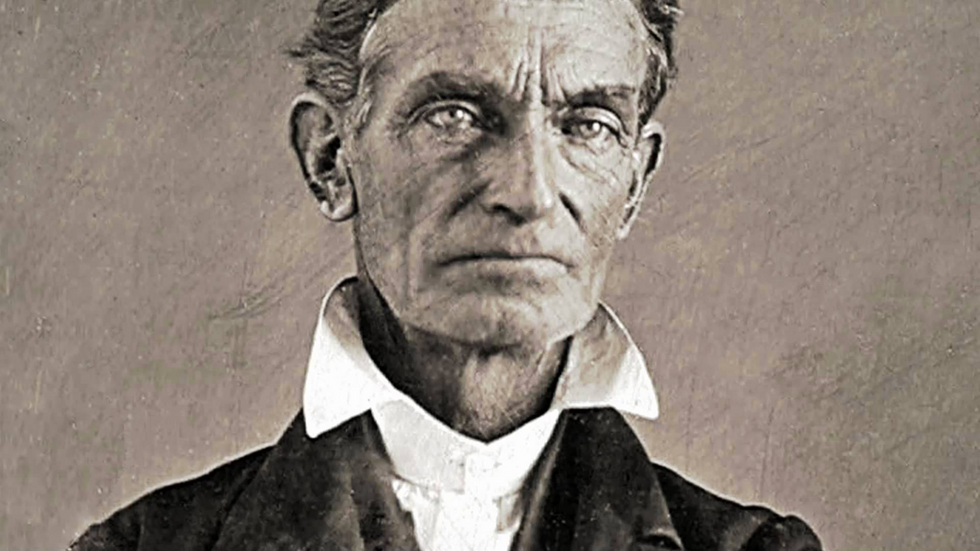 In the aftermath of Donald Trump's unprecedented and alarming joint press conference with Russian President Vladimir Putin, critics accused the American president of committing treason for his acquiescence to the Kremlin.

"Treason against the United States shall consist only in levying war against them, or in adhering to their enemies, giving them aid and comfort," Article III, Section 110 of the United States Constitution reads. "No person shall be convicted of treason unless on the testimony of two witnesses to the same overt act, or on confession in open Court. The Congress shall have power to declare the punishment of treason."

As the Washington Post noted in February 2017, "enemies are defined very precisely under American treason law."

"An enemy is a nation or an organization with which the United States is in a declared or open war," the 2017 report noted. "Nations with whom we are formally at peace, such as Russia, are not enemies."

In 2001, when a young man named John Walker became a "freedom fighter" for the Taliban and speculation about potential treason charges were floated, the San Francisco Gate noted in a report that throughout United States history "treason charges have been brought fewer than 30 times," and treason charges haven't been formally brought against any American since the end of World War II.

As the University of Central Florida's David Lewis noted in his 2013 paper, "Breach of Allegiance: The History of Treason Charges in the U.S., and its Rebirth in the Age of Terrorism," John Mitchell and Philip Vigol (sometimes spelled Wigle) were convicted of treason and sentenced to hanging after the Whiskey Rebellion, a protest against the so-called "whiskey tax" meant to help recoup  Revolutionary War debt during George Washington's presidency. They were pardoned by Washington before their executions.

Known for leading an eponymous slave rebellion, abolitionist John Brown is likely the most famous American executed for treason in US history. Lewis noted in "Breach of Allegiance" that Brown was tried not by the federal government, but by the Commonwealth of Virginia. He led a raid on the West Virginia town of Harpers Ferry (then still a part of Virginia) on October 16, 1859. Intent on radicalizing the slaves there, Brown's uprising did not turn out as intended — the enslaved people did not take up arms, the white townspeople fought back against him, and he and his fellow raiders were captured by Confederate General Robert E. Lee. He was executed by hanging on December 2, 1859, and was memorialized as "a traitor in the south, and a patriot in the north," Lewis noted.

A unique addendum to the John Brown Rebellion was that a former slave named Shields Green was indicted for treason along with Brown's other co-conspirators, but was found not guilty because he was not considered an American citizen. The paper noted that although he was spared the treason conviction, Green was still hanged for his role in the failed rebellion shortly after Brown.

During the Civil War, Lewis' paper noted, a professional gambler named William Mumford who lived in New Orleans was the only person formally convicted of treason. Mumford, angered by the replacement of the Confederate flag with an American one at the city's US Mint building following the Navy's capture of the state, scaled a flagpole and removed the flag.

"For this action, he was tried by military tribunal on the grounds of treason," the paper noted. "His overt act was found to be the desecration of the American flag, and since the United States contended the southern states were still a part of the Union, Mumford was a U.S. citizen who owed allegiance to the country."

Mumford was executed by hanging on June 7, 1862 from the same scaffolding at the Mint building where he'd torn down the flag.

Mary Elizabeth Jenkins Surratt was both the first woman executed in the United States and the first convicted of treason for her role in the aiding and abetting of John Wilkes Booth, the man who assassinated Abraham Lincoln. She was executed by hanging along with three co-conspirators in the District of Columbia on July 7, 1865.

German-born Chicago residents Max and Erna Haupt were convicted of treason after sheltering their son, the Nazi spy Herbert Haupt, who returned to the US after becoming a saboteur. Max admitted that he knew his son was working for the Nazis when he agreed to let him return to the family's home, and although his son was executed via electrocution for the crime, it was his parents who were convicted of treason.

"Breach of Allegiance" noted that although the Haupts appealed their treason convictions up to the Supreme Court, neither were successful, resulting in both of them being deported back to Germany.

Martin Monti, a former American Air Force flight officer who defected to Italy and surrendered to Nazi German forces "shortly after the invasion of France by Allied Forces" in 1944. He then became an Axis propaganda broadcaster, and as Lewis noted, he "even wrote flyers that were given to Allied [prisoners of war]." He was found in Italy after the Axis surrendered, and after being approached by the FBI, he was found guilty of treason for defecting to the Axis and stealing an Air Force plane. He was sentenced to 25 years in prison.

Born in Germany before becoming a naturalized American citizen, Anthony Cramer was found guilty of treason after hiding money provided by the Third Reich for Nazi spies Edward Kerling and Werner Thiel. Cramer's case became a landmark in treason law, however, when the Supreme Court overturned his treason conviction in the interest of preserving the restrictive nature of the definition of treason.

"According to the Supreme Court, in order to convict Cramer, the courts would have to ignore the rules established by the treason clause," Lewis wrote. "While Cramer had associated with enemies of the United States, he did not provide them with aid and comfort in any capacity, as is required by the treason clause."

During World War II, a number of Americans were tried in absentia and convicted of being propagandists for Axis powers. As Lewis noted, "Robert Best, Edward Delaney, Ezra Pound, Jane Anderson, Fred Kaltenbach, Constance Drexel, Douglas Chandler, and Max Otto Koischwitz were all indicted, in absentia, for treason against the United States in June 1943." Of those eight, only South Carolina-born Nazi propagandist Robert Best was ever convicted, and he served a life term until his death in 1952.

Two other women — Mildred Gillars and Iva D’Aquino — were also convicted of treason, and their cases serve as a reminder of the creative legal maneuvers used by postwar prosecutors to attain convictions.

Known as "Axis Sally" and "Tokyo Rose" respectively to deployed GIs during the war, Gillars and D'Aquino worked as broadcasters during the war in Germany and Japan. Gillars was found to have committed treason after her prosecution established that she'd taken a written oath of allegiance to the Nazis; the Japanese-American D'Aquino, however, was stranded in Japan after the attack on Pearl Harbor and despite working for a radio station, she refused to broadcast anti-American sentiments.

"Nevertheless, D’Aquino was arrested and indicted in 1948 for eight counts of treason, and the jury convicted her on only one of those counts," Lewis wrote. "The prosecution argued she provided aid and comfort to an enemy nation, and two key witnesses, George Mitsushio and Kenkichi Oki, testified at trial against D’Aquino."

D'Aquino's conviction was upheld on appeal and she served six years in prison for treason. In 1976, she was pardoned by President Gerald Ford after investigators revealed that Mitsushio and Oki perjured themselves and were coerced to lie under oath by the FBI, "Breach of Allegiance" noted.

9. Tomoya Kawakita — the last American convicted of treason against the US

After being stranded in Japan during the war, dual Japanese-American citizen Tomoya Kawakita became an interpreter for a POW camp. While working in the camp, Kawakita was said to have treated POWs cruelly "and would devise despicable methods of tormenting them," Lewis noted.

He returned to the United States after the war and claimed when reapplying for a US passport that he'd only renounced his American citizenship under duress. A POW recognized him and Kawakita was subsequently arrested, and during his trial his lawyers argued that he was not an American citizen during the war because he'd lost that status when he confirmed his Japanese birth.

"Breach of Allegiance" noted that Kawakita was convicted of eight out of the 15 counts of treason he was indicted on and sentenced to death — a sentence commuted by President Dwight Eisenhower in 1953, who insisted he spend life in prison. President John F. Kennedy pardoned Kawakita on the condition he be banished from the United States.