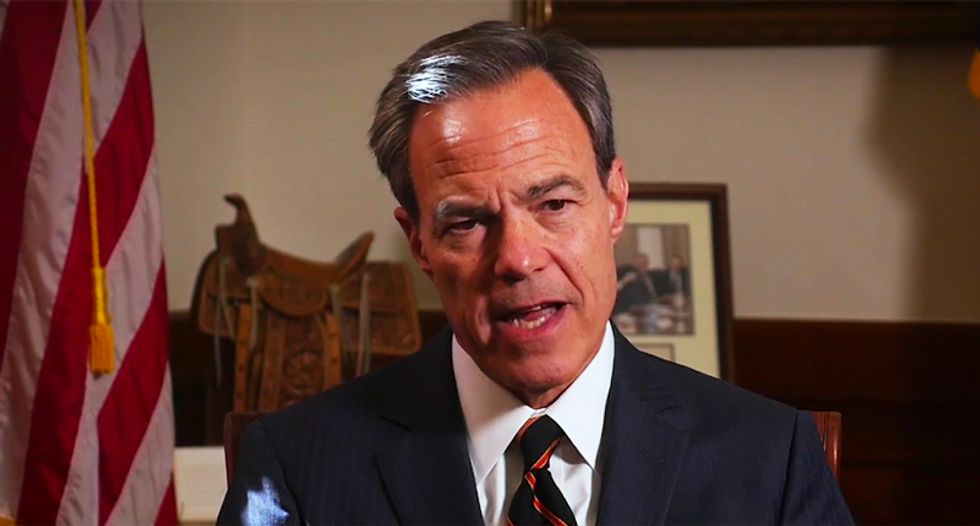 The Texas State Republican Executive Committee has taken the extraordinary step of censuring one of their own because he has tied up a bill sought by Gov. Greg Abbott (R) that would regulate which bathrooms transgender individuals may use.

According to KUT, House Speaker Joe Straus (R-San Antonio) was officially reprimanded on Saturday on 44-19 vote by his fellow Republicans for, among other things, holding up what is known in the legislature as the "bathroom bill."

The report states that the censure resolution was brought before the committee because Straus -- considered a moderate Republican in Texas -- has tied up more than half of Gov. Abbott's 20-item agenda which has angered the more conservative wing of the party.

According to Texas GOP Chairman James Dickey, the move was made to help Republicans push their agenda forward with an eye on the 2018 elections.

A spokesperson for Straus said the lawmaker opposes the bathroom bill because it will damage tourism in the state, adding the speaker, "expected these antics from some people when he opposed their bathroom bill and helped prevent the harm it would have brought our state.”

One Republican who supported the House speaker -- who announced months ago he will not seek re-election -- said the decision to censure the longtime lawmaker was "disgraceful."

"I always thought our party was the one of dignity and class and to so disrespectfully kick someone of that prominence on his way out was disgraceful," Michael McCloskey, a committee member from Cedar Park wrote in an email. "The Republican Party of Texas has changed into something most mainstream Republicans would not recognize."

You can watch video of Straus explaining why he is bowing out from the legislature below: