'Unfit on every level to be president': Former Bush adviser describes 'contempt' White House staffers have for Trump 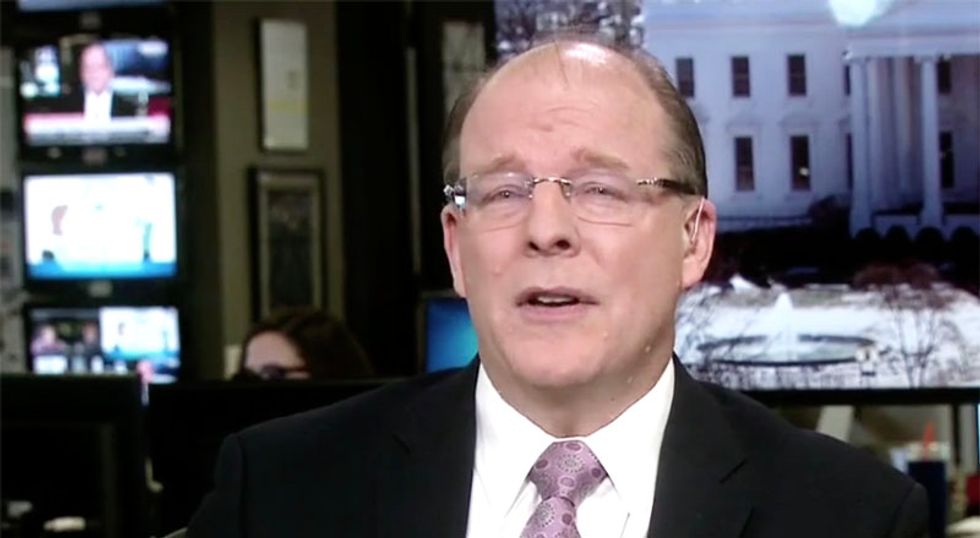 A former senior adviser to President George W. Bush had nothing good to say about President Donald Trump on Friday morning, calling him completely "unfit" for any position in government, much less leader of the free world.

Speaking with CNN hosts John Berman and Poppy Harlow, a deadly serious Peter Wehner -- who served in the last three Republican presidential administrations -- brutally lambasted Trump by pointing out that Trump thinks officials in his administration are there to satisfy his every whim.

"Anybody who works for Donald Trump, he thinks their job is to protect him. In fact, it's not," Wehner explained. "You take an oath to preserve and protect the Constitution and to do what is right and to follow the law."

"I think what's going to happen is Bob Mueller is going to reveal more data points and begin to connect them," he continued. "You know, you take a step back and this is all of a piece when it comes to Donald Trump. He's a person who's narcissistic and has no moral center, no moral core, and everything in his life seems to be geared around advancing his interests, protecting him, meeting his own appetites in all sorts of different ways."

"He demands a kind of loyalty of people which is inappropriate within a White House and, of course, he doesn't give loyalty back to anybody else," he bluntly stated. "This is a man who is unfit on every level to be president. What's happening now in this book, and so many other things, is the curtain is being pulled back. If you talk to leaders, Republican leaders, on the Hill as I have, or to people who work in the White House as friends of mine have, these portraits of Donald Trump and all of these elements? This is nothing new."

"It is the people who work most closely with Donald Trump that I think have the deepest contempt and the deepest worry about him," he concluded.