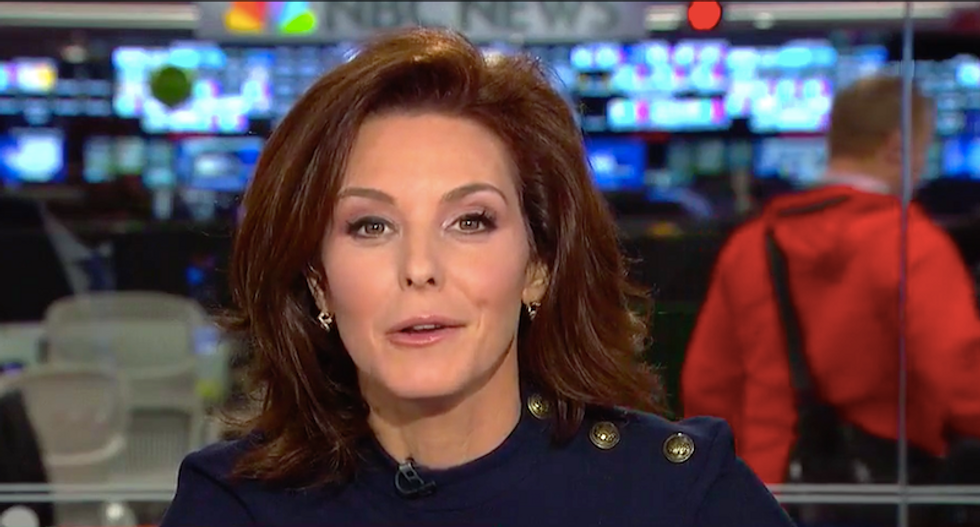 MSNBC's Stephanie Ruhle mocked Eric Trump for defending of his father's racist remarks with a complaint about media bias.

The president's son sat down Wednesday morning for a softball interview with "Fox & Friends," which the president promoted on Twitter, and claimed his father didn't see race but only saw "green" -- the color of money.

“My father sees one color, green — that is all he cares about,” Eric Trump said. “He cares about the economy. He does not see race — he’s the least racist person I have ever met in my entire life. It is total nonsense."

Ruhle, a finance industry veteran and former business reporter, responded a short time later on her own program, where she regularly covers economic issues in depth.

"Au contraire, Eric, we talk about it every day," Ruhle said, before poking fun at his defense of President Donald Trump.

Ruhle said the president seems to think that his outrageous statements and actions shouldn't matter as long as the economy was rolling, but MSNBC contributor Eddie Glaude Jr. pointed out that Trump had long tried to keep black people away from him and his money.

"The unrelenting pursuit of money and power has jeopardized our democracy," said Glaude, chair of the Center for African-American Studies at Princeton University. "But if I recall correctly, sister Stephanie, he didn't want black people counting his green money. That's one of the things, he didn't want black people living in his real estate, in the buildings that were making him green money."