'We know it’s you': Watch as police confront Idaho man for littering town in neo-Nazi flyers 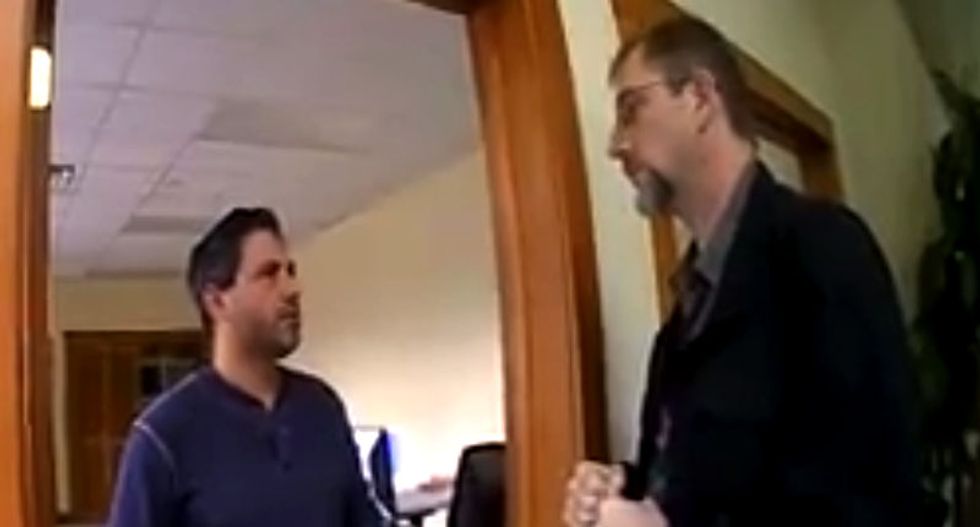 In video obtained by the Sandpoint Reader from the local police department, an Idaho man was confronted by the police for allegedly distributing racist CD's and flyers around the city -- including at a school.

According to the KHQ, police confronted Scott Rhodes at his home where he was told, "Well we’re here to talk to you about the CDs and the fliers that you put out," before informing him that he is banned from Lake Pend Oreille School District property for over a year.

Rhodes replied that he was innocent, before telling the Sandpoint Police Department officers that they should talk to his lawyer.

“We know it’s you, we’ve had you on our radar handing out the fliers, putting them on lawns, we know you went to the school,” one officer explained, with another adding, "We’ve got you on video, four cameras out to the front.”

According to the report, the flyers in question attacked the local mayor, portraying him inside of a gas chamber, and called on locals to "keep Idaho white."

The report also notes that police in Alexandria, Virginia have also contacted Sandpoint police about threatening calls that have been traced back to a phone owned by Rhodes.

Police state that Rhodes is not breaking any laws other than trespassing on school property.