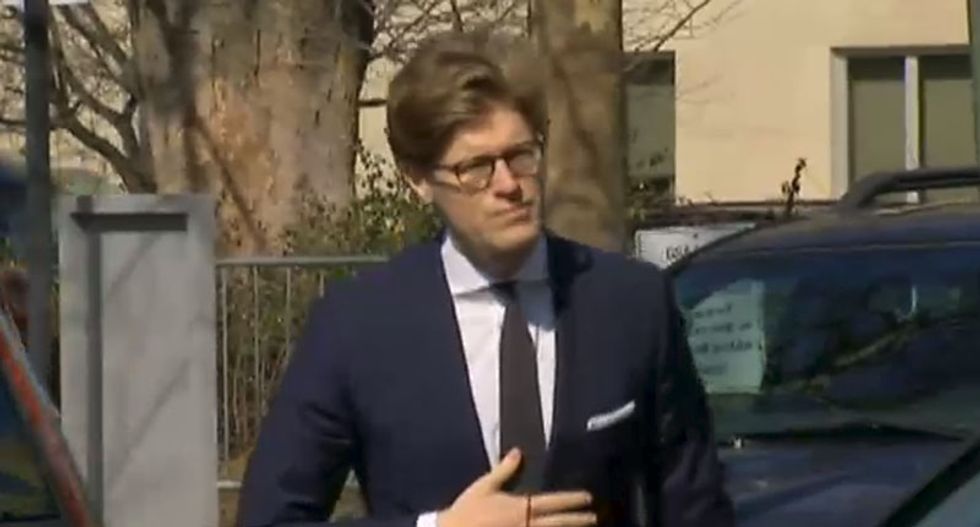 A London-based attorney pleaded guilty Tuesday afternoon in the special probe of Trump campaign ties to Russia, according to CNN's Marshall Cohen.

Alex Van der Zwaan admitted to lying to special counsel Robert Mueller's investigators and FBI agents about his contacts with a former Trump campaign associate and another person about his work for Ukrainian politician Yulia Tymoshenko.

The attorney was hired by Paul Manafort more than five years ago to draft a report for his pro-Kremlin client Viktor Yanukovych to justify the jailing of a political rival.

Van der Zwaan, whose father-in-law German Khan was named in the Steele dossier, pleaded guilty to lying about the last time he'd spoken with Rick Gates, a former Trump campaign associate and longtime Manafort lieutenant, and a second, unnamed person.

Court documents show Van der Zwaan said he last spoke with Person A in 2014, when they discussed the unnamed person’s family, but investigators say the attorney recorded a phone call between the pair in September 2016 about legal work for Tymoshenko.

Van der Zwaan was accused of secretly recording that call and destroying a follow-up email that same month.

He was also accused of lying to FBI and special counsel investigators about his last conversation with Gates, in mid-August 2016.

Gates is expected to plead guilty to money laundering and other charges in the probe.