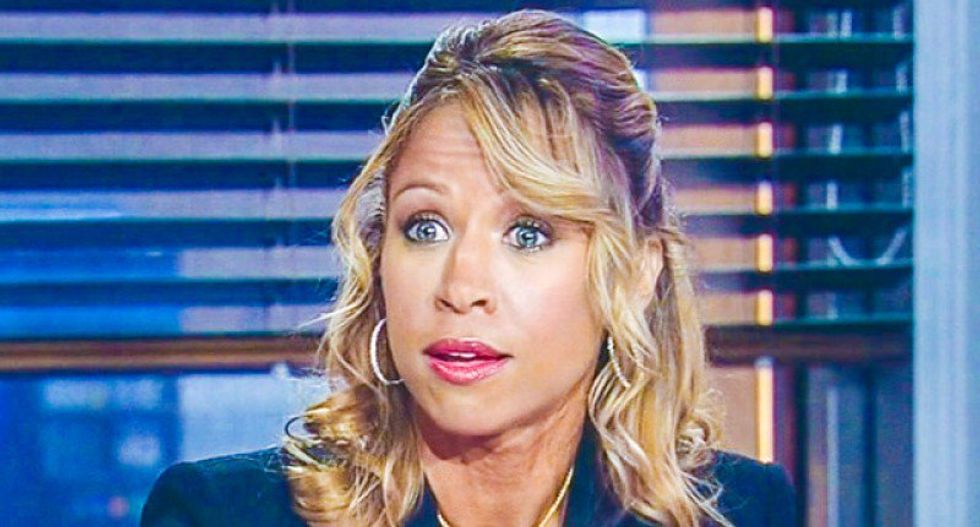 Dash, who rose to prominence with the 1995 Gen-X coming-of-age movie Clueless, was fired by Fox News as a correspondent.

In response to numerous calls for me to run for office, I am considering a run for Congress. Would love to know wha… https://t.co/PwhowxHy8F
— Stacey DASH (@Stacey DASH) 1518269917.0

Dash's Twitter profile says she lives in Los Angeles, which could be tough political turf for the conservative commentator.

Also in 2016, Dash made headlines for transphobic comments after sayings trans people should "go in the bushes."

In 2015, Dash demanded woman should "stop making excuses" for getting paid less than male counterparts.

This history has some mocking the potential political campaign.

"The former Fox News correspondent has been lambasted for her views on Black History Month, a failed Oscars' sketch during the 2016 ceremony and for forgetting her roots as a video vixen and former actress in black cinema," Blavity noted. "But many of her detractors want her to reconsider because there really isn't a need for more washed up celebrities in Washington D.C."

"When it comes to politics and dealing with the black community, very few people are as clueless and divisive as Stacey Dash," The Grio noted.

"The notorious self-proclaimed devil's advocate and the queen of problematic opinions recently took to Twitter to ask her followers how they would feel if she put her extensive expertise in media trolling to use in the political arena: she's talking Congress, people," BET noted.

This is not the first time Dash has floated a trial balloon on running for Congress. In 2016, Entertainment Tonight reported on Dash considering a career in politics.