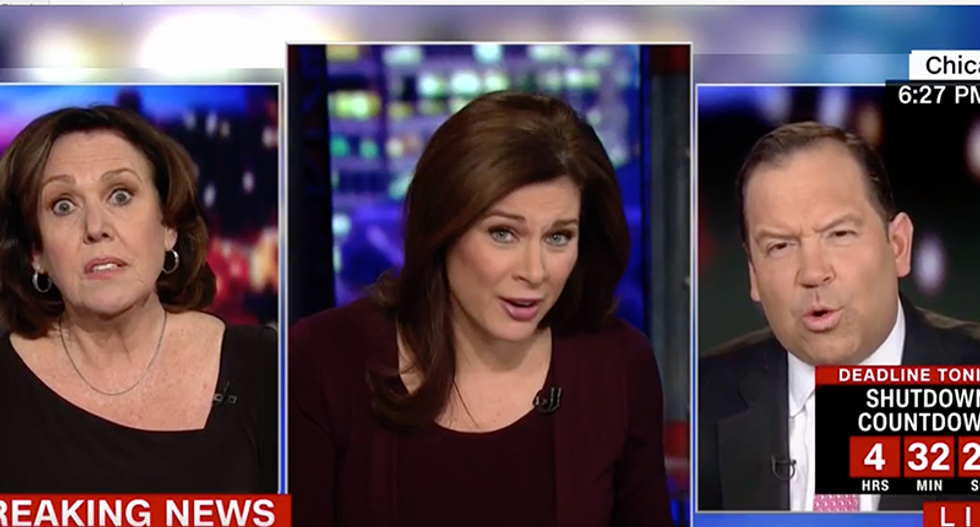 In a shocking panel discussion about the growing discontent with President Donald Trump's chief of staff, John Kelly, conservative commentator Steve Cortes came after Joan Walsh of The Nation in a personal attack.

Rumors have spread of the first family being frustrated with Kelly after the flub over Sgt. La David Johnson and his personal attack on Rep. Frederick Wilson (D-FL). That followed with a series of missteps including calling DREAMers "too lazy to get off their asses" to apply for DACA status. Finally, it was revealed he was ignoring concerns over senior aide Rob Porter and his alleged history of domestic violence.

Kelly was seen by Republicans concerned about Trump's leadership as a moderating force, but has proven to be anything but.

Host Erin Burnett questioned whether it was responsible for Kelly to not investigate Porter when it was clear there were problems and the FBI refused to give him the adequate clearance required to do his job.

Cortes blamed "the left" saying that they are coming after Kelly as "the latest boogy-man" or the "newest Steve Bannon." He then pivoted to talk about Kelly's service and brought up his son who died in the line of duty.

"This is a hero should be honored and venerated," Cortes said. "A man who lives to serve the American public and American security. And for you, Joan, frankly, to besmirch him in this way--"

"Besmirch him? He besmirched himself," Walsh replied.

"I am not fit to shine his shoes and frankly, neither of you, quite frankly!" Cortes shouted.

"Oh yes he did. Oh, yes he did," Cortes disagreed, saying that Kelly only recently learned of the abuse allegations.

Burnett cut in to say that the White House isn't even trying to deny that Kelly knew, but she argued that he likely didn't know that a photo existed. News of domestic violence is perhaps one thing while a photo of the violence is another, she said.

The devolved into chaos from there. Porter's wives are slated to speak to the media about who they told and when they were told. Likely there will be an investigation into what was known and when it was known.