Colbert crushes Marco Rubio for bombing at CNN town hall: He 'just received his cash from the NRA' 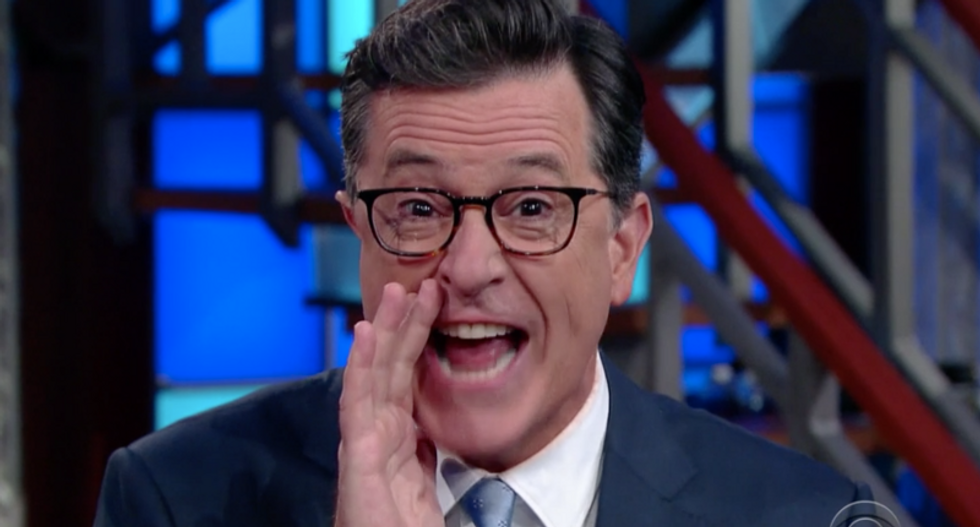 “The real star of the show was Florida senator and man who just received his cash from the NRA Marco Rubio,” Colbert joked in his opening monologue Thursday. “Now, the crowd wasn’t exactly with Marco Rubio last night. And you know what they say: If they’re not with you, you’re Marco Rubio.”

The only way Rubio managed to score a standing ovation was when he said in order to ban a military-style weapon like an AR-15, "you would literally have to ban every semi-automatic rifle that’s sold in America.”

“That is a guy who cannot read the room,” Colbert explained. “Look, we’d have to get rid of guns and that’s a slippery slope to fewer dead people. Oh you’d like that? Fair enough.”

Many have been calling Rubio brave for going into the "lion's den" to begin with. One student in particular, saluted him on stage Wednesday, saying the only way we'll find solutions is to bring everyone together. Colbert, however, isn't buying it.

“Here’s the thing, just showing up isn’t that impressive. He works for those people. If your boss calls you into their office, you can’t say, ‘Yes, I hit a customer, yes, I turned turned the break room into a sex dungeon and yes I’m currently very high. But I showed up even though I knew you’d be mad. I should get some credit for that,’” Colbert closed.

Watch the monologue below: