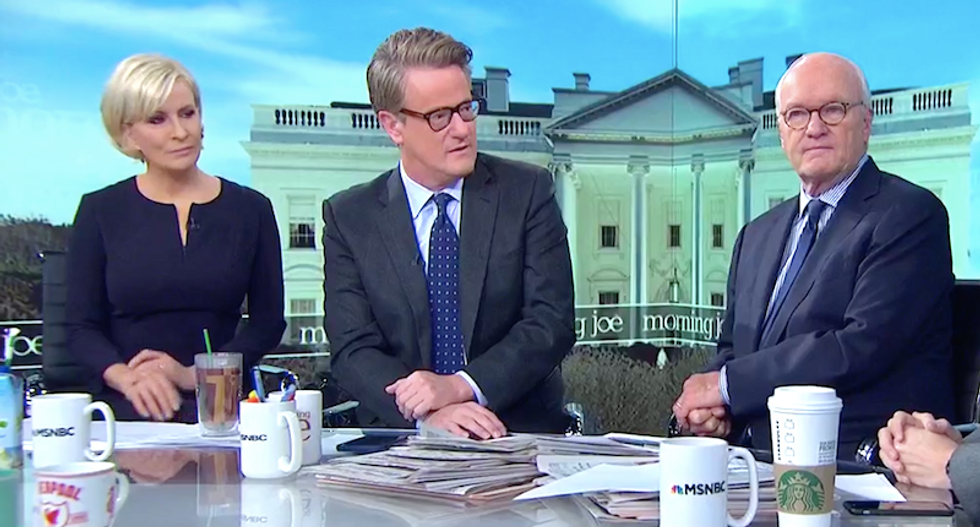 CPAC communications director Ian Walters said Steele was picked to lead the RNC from 2009 to 2011 because "he was a black guy," and CPAC chairman Matt Schlapp excused his remarks as "unfortunate."

Steele called out Schlapp during a Sirius XM radio program, saying Walters' remarks were "stupid" -- and he told "Morning Joe" that the entire episode was alarming.

"I've known Matt a long time, too, (and) we've been, as I said at the beginning of that interview, we've been through a lot of wars together," Steele said. "But that was a moment among many in that interview, and those nine minutes in which I saw Matt not just drink the Kool Aid but take the IV and plunge it into his arm, and it was stunning and disappointing."

Host Joe Scarborough was shocked that conservative columnist Mona Charen was escorted out of CPAC for her own safety after challenging GOP support for politicians accused of sexual misconduct.

"Mona Charen used to be something that liberals would have contempt for because she was so conservative, she was a Reagan conservative," Scarborough said.

MSNBC's Mike Barnacle said the GOP had gone completely around the bend.

"It's as if the Republican Party has lost its mind," he said.

Scarborough said loyalty to President Donald Trump had replaced conservative ideology as the defining feature of the current Republican Party.

"You know, when you have Erick Erickson insufficiently conservative to go speak at this conference, you have a problem," Scarborough said. "National Review, I mean, people were talking about how National Review, I read in some article attendees were saying it's too liberal. It's crazy."